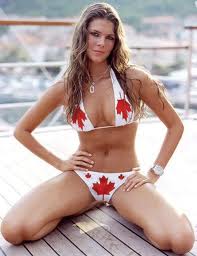 Canada has slipped slightly in the UN rankings of human progress as slower advances in areas such as education deprived this country of bragging rights as one of the top 10.
The United Nations’ annual human development index for 2012 puts Canada in 11th place – now passed by Japan, and just ahead of South Korea and Hong Kong.
Norway ranked the highest in the index – which measures development by combining income and other basic indicators of progress such as life expectancy and years of schooling – with Australia and the United States just behind.
Canada boasted that it topped the rankings in the 1990s. It was sixth when the 2011 index was released last year – although the ratings are not comparable. Data for 2011 have been updated, and the methodology was shifted, and the UN calculates that using the current method, Canada should have been 10th in the 2011 report.
“I wouldn’t get too excited about whether it’s one, or 11, or 15,” Helen Clark, administrator of the United Nations development program, said in an interview. “The truth is, Canada’s people enjoy an access to health and education, and a level of income, which is the envy of the world.”
Like most countries near the top of the list, Canada continues to improve its human-development ratings, but at a slower rate than lower-development countries, such as emerging markets, where incomes and education indicators have jumped.
However, in recent years, Canada’s advances have been slower than most of the 47 countries in the “very high” human development category.
One reason is education. Canadians’ average number of years of schooling has stayed flat at 12.3 since 2005. And on another measure used in the index, the expected years of schooling – how many years of education the average child entering school can expect to receive – Canada lags behind comparable countries, such as Australia and the United States.
Another area where Canada slips is inequality. A version of the index adjusted for inequality sees Canada drop to 15th, behind such countries as Iceland, Denmark and Slovenia, mainly because of the high level of disparity in incomes. The United States, third on the overall index, drops to 16th when its score is adjusted for inequality. Life expectancy, education, and particularly, incomes, are much lower for U.S. hispanics and African Americans.
Keep reading at  The Globe and Mail >>
Publicado por Unknown en 3/18/2013 04:51:00 p. m.