"I have a dream" deconstructed: From mountains to molehills

Sam Leith, author of "Are You Talkin' To Me?: Rhetoric from Aristotle to Obama", reveals the multifarious influences that combined to produce one of the greatest speeches of the 20th century. 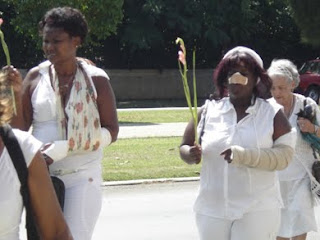 We also celebrate the memory and legacy of our nation's great civil rights leader, the Rev. Martin Luther King, Jr.

Honoring these rich traditions -- as Americans of Cuban descent -- let us also take a minute to remember some of the victims of tyranny just 90-miles away.

In particular, we remember Sonia Garro, an Afro-Cuban member of The Ladies in White pro-democracy movement, who has been imprisoned by the Castro regime -- without trial or charges -- since March 18th, 2012.

In the wave of repression leading up to Pope Benedict XVI's trip to Cuba, Castro's secret police raider her home, shot her with rubber bullets and imprisoned her.

We pray for a Cuba in which democracy and civil rights can one day prevail.

"Injustice anywhere is a threat to justice everywhere."

By: Cliff Kincaid
Accuracy in Media 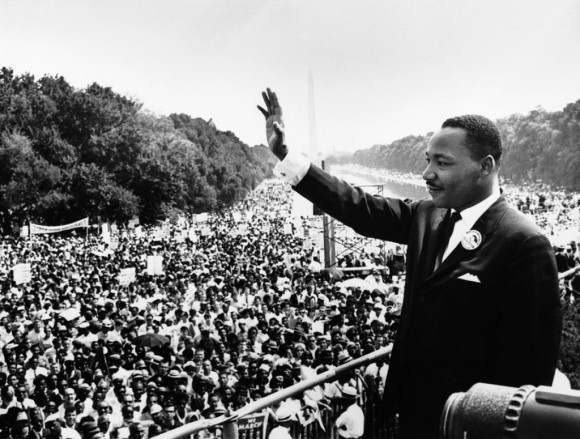 By Trevor
0
inShare
0digg
email
print
Martin Luther King,  Jr. made his famous “I have a dream” speech at the March on Washington for Jobs and Freedom which took place on August 28, 1963. It culminated in a gathering at the Lincoln Memorial in Washington D.C. If anything, one aspect of the 1963 rally, deliberately down-played at the time for fear of red-baiting, was the influence of members of the Socialist Party, DSA’s major predecessor organization, in both organizing the event and its politics. This began with A. Philip Randolph, who issued the call for the March and MC’d it, his longtime lieutenant Bayard Rustin, and his key assistants who ran the March organizing office in NY—Tom Kahn, Rachelle Horowitz, Norm Hill and others, SPers all. (According to Honorary DSA Chair Bogdan Denitch, who was in a position to know, Martin Luther King himself was briefly in the Socialist Party in the early 1950s while attending Boston University).

If I have one fault with Maurice’s (Maurice Isserman‘s biography of Michael Harrington) excellent book, it is the underestimation–which we may have helped ourselves–of the socialist role around Martin Luther King and the civil rights movement, and in some unions. Because our publicly acknowledged socialist presence would have been the kiss of political death, the basis on which many civil rights activists were often red-baited, our very credible activism as hard-working, key behind the scenes players (with Bayard,) who got things done—is not well known. Mike was the closest we had to a ‘respectable’ public face with oratorical skills, so he got a piece of the credit, but the honorable activity of socialists did a great deal of good, should make DSAers proud of their historical roots, and might well be emulated today.