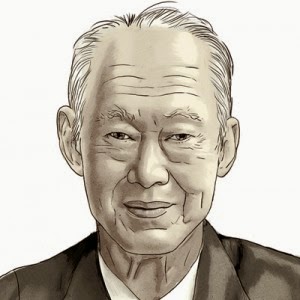 Why Singapore became an economic success

The Economist
When it started life as an independent, separate country in 1965, Singapore’s prospects did not look good. Tiny and underdeveloped, it had no natural resources and a population of relatively recent immigrants with little shared history. The country’s first prime minister, the late Lee Kuan Yew is credited with transforming it. He called one volume of his memoirs, “From Third World to First”.

Why did Singapore become an economic success?

First, its strategic location and natural harbour helped. It is at the mouth of the Malacca Strait, through which perhaps 40% of world maritime trade passes. It was an important trading post in the 14th century, and again from the 19th, when British diplomat Sir Stamford Raffles founded the modern city.

Third, the government was kept small, efficient and honest—qualities absent in most of Singapore’s neighbours. It regularly tops surveys for the ease of doing business.

But the island city is not ideal. Although clean and orderly, it has harsh judicial punishments, a tame press and illiberal social policies. Homosexual acts, for example, remain illegal. Protest demonstrations are rarely permitted.

Mr Lee saw his authoritarian style of government as an essential ingredient in Singapore’s success, emphasizing the island’s vulnerability in a potentially hostile neighbourhood.

But younger people now question whether Singapore really is that fragile, and resent the restrictions on their freedom.
Publicado por Unknown en 3/26/2015 08:53:00 p. m. No hay comentarios: Enlaces a esta entrada

CNN.com
Lee Kuan Yew, the first prime minister of Singapore and the man credited with transforming the mosquito-ridden colonial trading post into a prosperous financial center with clean streets, shimmering skyscrapers and a stable government, died early Monday at the age of 91, according to a statement released by the office of Singapore's current Prime Minister and Lee's son, Lee Hsien Loong.
Lee had been hospitalized since February 5 with pneumonia.
Born in 1923, Lee became Prime Minister in 1959 when Singapore, a tiny spit of land with no natural resources and a polyglot population of Chinese, Malays and Indians, was still British territory and beset by riots and unrest.
He presided over Singapore's bitter split from Malaysia in 1965 and molded the independent country into the global economic powerhouse it is today. "I was trying to create, in a third-world situation, a first-world oasis," Lee told CNN in 2008.
Lee's thinking also had an international impact. His brand of capitalism -- which stresses the role of government rather than the free hand of the market -- has provided a blueprint for China's landmark economic reforms.
But Lee was also a divisive figure, attracting criticism for stifling media freedom and for the harsh treatment of political opponents.
In 2013, protests over plans to allow more immigrants into the city-state indicated growing unease among Singaporeans about the vision of the country set forth by the People's Action Party -- the party co-founded by Lee that has ruled Singapore for five decades.
Lee voluntarily stepped down as Prime Minister in 1990, the first Asian strongman to do so.
However, he played a role in the country's Cabinet until 2011 when his eldest son, Lee Hsien Loong, was elected for a second term as prime minister.
The elder Lee retained his influence around the world. "This is one of the legendary figures of Asia in the 20th and 21st centuries," U.S. President Barack Obama said during a meeting with Lee at the White House in October 2009.
"He is somebody who helped to trigger the Asian economic miracle," Obama added.
But there were indications Lee's health had been slipping in recent years.
In 2010 he was admitted to the hospital with a chest infection and in early 2013, Lee -- then 89 -- was hospitalized and treated treated for "stroke-like symptoms."
He was again admitted to the hospital on February 5 for severe pneumonia and more than six weeks later remained on a ventilator.
A fourth-generation Singaporean, Lee's family originally emigrated from southern China.
A bright student, he gained a place in the city's elite Raffles Institution and went on to study law at Fitzwilliam College at Cambridge.
He attributed his decision to go into politics to his experiences during the Japanese occupation of Singapore.
"I learned how people survived and how people had to submit because you need to eat and your family needs to live, so I learned the meaning of power," he told CNN in 2002.
The city Lee took control of in 1959 was still recovering from the ravages of war and could not have been more different from today's Singapore. However, Lee told CNN he had no "great vision of transformation."
He concentrated on attracting investment and creating jobs; first finding a successful niche in electronics manufacturing by touting Singapore as an alternative to Hong Kong, which he said was in turmoil due to the Cultural Revolution in China.
While Lee has been lauded for his economic accomplishments, he also created a Singapore bound by stringent laws and regulations that dictated most, if not all, aspects of society -- including media and political freedoms, censorship and even the selling of chewing gum.
The country ranks 150th in Reporters Without Borders' 2014 Media Freedom Index, putting it just above the Democratic Republic of Congo, Mexico and Iraq.
The New York Times, The Economist, the International Herald Tribune and the Asian Wall Street Journal have all been targeted with the "judicial harassment" employed by the Lee family, according to the media watchdog.
In a 2014 article for CNN, opposition politician Dr. Chee Soon Juan criticized Singapore's authoritarian system, blaming a lack of dissenting views for economic inequality and worsening working conditions.
"The ranks of the opposition, civil society and labor movement have been decimated in the last 50 years through imprisonment without trial and criminal prosecution, and nearly every newspaper, TV channel and radio station is owned and run by the state," Chee said.
But in a 2008 interview with CNN's Fareed Zakaria, Lee rebuffed charges that Singapore was too domineering or coercive a state.
"I want social peace and stability within the country. I am not following any prescription given to me by any theoretician on democracy," he said.
While Lee is likely to be remembered with affection and pride by many Singaporeans, a younger generation, with no memory of the poverty and violence that marked the country's birth, is questioning the Lee dynasty's control of Singaporean politics and pushing for greater democracy.
In 2011, the People's Action Party lost six seats to the opposition, prompting Lee, then the party's "minister mentor" and another former prime minister, Goh Chok Tong, to resign.
In a joint letter to parliament, the two explained they "decided to leave the Cabinet and have a completely younger team of ministers to connect to and engage with this young generation in shaping the future of our Singapore."
How Singapore copes with these democratic demands will be key to its success in its second half-century, but those demands are unlikely to detract from Lee's achievements in its first 50 years. In 2010, Time magazine listed Lee as one of world's 100 most influential people.
"The mark of a great leader is to take his society from where it is to where it has never been," wrote former U.S. Secretary of State Henry Kissinger in the article on Lee. "There is no better strategic thinker in the world today."
Publicado por Unknown en 3/22/2015 08:18:00 p. m. No hay comentarios: Enlaces a esta entrada

Fox News Latino
Singapore (AP) –  Singapore filed criminal charges Tuesday against a shipping company implicated in a shipment of weapons to North Korea that was seized by Panamanian authorities last year.
Locally registered Chinpo Shipping Company Ltd. was charged with transferring $72,000 to a Panama shipping agent knowing that the funds could be used to contribute to the "nuclear-related, ballistic missile-related, or other weapons of mass destruction-related programs or activities" of North Korea. A Chinpo executive, Tan Hui Tin, was also charged for withholding potential electronic evidence.
The charges stem from an incident that unfolded during the second half of 2013. In July, Panama seized a ship, the Chong Chon Gang, in the Panama Canal which was headed from Cuba to North Korea. Panamanian authorities suspected that it was transporting drugs, but when they searched the vessel they found two Cuban fighter jets, missiles and live munitions hidden in a cargo of sugar.
After the seizure, Cuba said the cargo included "obsolete defensive weapons" including two MiG-21 fighter jets and 15 motors, nine missiles in parts, and two anti-aircraft systems that were being shipped to North Korea "to be repaired and returned."
However, in October, Belsio González, director of Panama's National Aeronautics and Ocean Administration, said that the fighter jets "are in operational condition and their engines are in excellent shape." The Central American nation said that the weapons violated U.N. sanctions that restrict arms trading with North Korea because of its nuclear weapons program.
In February, Panama released all but three members of the ship's crew after Chinpo paid a fine of nearly $700,000.
In March, the United Nations Security Council's sanctions committee named Chinpo as one of two companies involved in trying to ship arms to North Korea. The other was Ocean Maritime Management, a Pyongyang-based company.
Singapore's foreign ministry said authorities received information about Chinpo in January this year.
A panel of experts advising the Security Council said in its annual report on North Korea that the country's embassies, including in Singapore and Cuba, were suspected of helping to organize arms shipments to Pyongyang via complex financial methods that were "pioneered by drug-trafficking organizations."
The report said Chinpo Shipping Company was "co-located" with the North Korean Embassy in Singapore and that the shipping firm acted as the agent for Ocean Maritime Management, which operated the Chong Chon Gang.
A woman who answered the phone at Chinpo declined to comment.
Publicado por Unknown en 6/10/2014 04:58:00 p. m. No hay comentarios: Enlaces a esta entrada 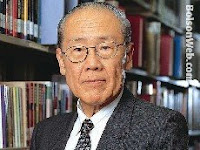