A Canadian cow gets a bronze tribute in Cuba 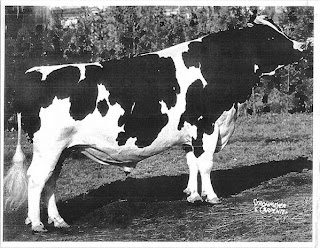 Rosafé Signet, a Canadian bull known as the father of the Cuban dairy industry, will be honoured with a life-sized statue this coming week in Cuba.
Born in Ontario in 1954, Rosafé was sent to Cuba in 1961 in a $100,000 sale arranged by the Diefenbaker government. A personal favourite of Cuban leader Fidel Castro, Rosafé would go on to father countless (one estimate indicates more than one million) dairy cattle and help attain the Cuban government’s goal of providing one litre of free milk per child per day.
After Rosafé’s death in 1965, Castro commissioned noted Cuban sculptor Rita Longa to immortalize the bull. After she fashioned a bronze replica of Rosafé’s head, a metal shortage prohibited any further work. The cast head then sat in Longa’s Havana studio until 1977, when it was noticed by Vancouver lawyer Carey Linde during a reception for the American Association of Jurists.
“It was just pure whimsy,” he tells the Georgia Straight by phone, “but it made sense that we complete this.”
Upon returning to Canada, Linde approached the Trudeau government about funding, without result. The project was then sidelined until he returned to Cuba four years ago.
“I took it upon myself to find out what happened to the head,” the 72-year-old Linde recalls, only to discover it lost. “In the process, I came across a number of people who were unbelievably keen to complete the job.”
Although the Cuban government donated the 600 kilograms of bronze required, more funding was still needed to finish the statue. Looking for novel ways to raise money, Linde tried the local crowdfunding platform Fund­Razr—the company was receptive, but its American-owned online-payment partner, WePay, was not, due to the U.S. embargo against Cuba. This, says Linde, contravenes the Canadian Foreign Extraterritorial Measures Act (FEMA), which ensures Canadians a free hand to do business with Cuba.
“I’ve written to the attorney general, who handed it off to the minister in charge of the RCMP, Peter Blaney, and he’s not responding.”
WePay didn’t address the potential FEMA violation, but spokesperson Marybeth Grass noted by phone that Canadian account information is sometimes processed in its American data centres. “Accordingly, the laws of the United States apply to the use of that data.…WePay may not support transactions with Cuba directly or indirectly.” (As of press time, Blaney had not responded to an inquiry.)
Despite setbacks, Linde has successfully raised the funds from individual donors, as well as his own pocket. “I’ve been literally selling my RRSPs to finish this thing,” he says.
Although Rosafé remains something of a bovine Norman Bethune—both have much stronger legacies in their adopted socialist countries than in their native Canada—that may change with the upcoming documentary Rosafé Siempre. Directed by Rolando Almirante, the film documents both Rosafé’s story and Linde’s campaign for a statue.
Linde’s 38-year effort clearly represents a labour of love, but he also notes deeper themes in Rosafé’s story, not just of international cooperation and Canadian independence but the thought that one being can represent the will of a nation.
“Rosafé,” Linde says, “is a striking symbol of the Cuban Revolution’s commitment to meeting the basic needs of its children and people.”
The finished statue, by sculptor Tomás Lara, will be unveiled May 20 at a studio in Havana.
Publicado por Unknown en 5/14/2015 09:23:00 a. m. No hay comentarios: Enlaces a esta entrada 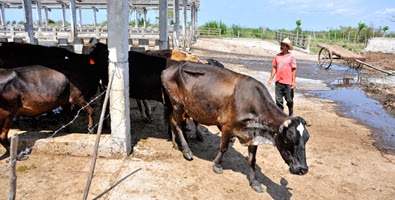 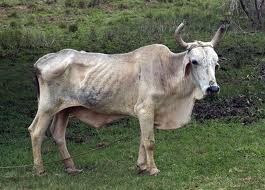 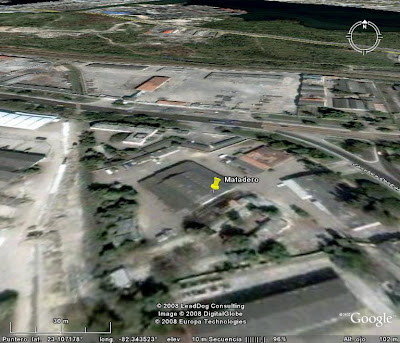