Breitbart
By Tony Lee
On Monday, former Alaska Governor Sarah Palin urged Americans to light a candle and put it in their windows this Christmas eve to show solidarity with Cubans who are still fighting for their freedom and human rights.
Palin accused under President Barack Obama of emboldening the oppressive Castro regime with his announcement last week that the two countries will begin to ease its relations.
“I am so ashamed with what the Obama administration has done to Cuban people. I do not support it,” Palin, speaking in front of a lit candle, says in a video that will be seen on The Sarah Palin Channel. “This Christmas eve, I intend to light a candle and put it in my window to show my solidarity with every brave Cuban fighting for freedom and every political dissident languishing in Castro’s prisons.
“I encourage you to do the same. Let’s join together in this. Let’s show them that the light of freedom shall never be extinguished.”
Palin is taking a page out of President Ronald Reagan’s playbook. In 1981, Reagan addressed Americans and asked them to light a candle to support Polish freedom fighters against the oppressive Soviet Union.
After the Soviet Union declared martial law in Poland in 1981, former Polish Ambassador Romuald Spasowski defected and was granted asylum in the United States. In a meeting with Reagan, Spasowski asked if Reagan would light a candle and put it in his window for the people of Poland.
Reagan, Palin says, “did him one better” with a televised address in which Reagan urged every American to light a candle for the people of Poland so the millions of candles can give notice that the light of freedom won’t be extinguished.
“Once, earlier in this century, an evil influence threatened that the lights were going out all over the world. Let the light of millions of candles in American homes give notice that the light of freedom is not going to be extinguished,” Reagan told Americans then. “We are blessed with a freedom and abundance denied to so many. Let those candles remind us that these blessings bring with them a solid obligation, an obligation to the God who guides us, an obligation to the heritage of liberty and dignity handed down to us by our forefathers and an obligation to the children of the world, whose future will be shaped by the way we live our lives today.
“Christmas means so much because of one special child. But Christmas also reminds us that all children are special, that they are gifts from God, gifts beyond price that mean more than any presents money can buy. In their love and laughter, in our hopes for their future lies the true meaning of Christmas.”
Palin said Obama’s actions on Cuba reminded her of how Ronald Reagan dealt with communists. She referenced Stephen K. Bannon’s In The Face of Evil documentary, which Palin said was one of her “favorite documentaries about President Reagan.” It is clear that Obama has probably neither seen it nor learned its lessons.
Reagan, Palin says, rejected the notion that the Soviet Union was here to stay and Americans “had to get used to it” and pretend there was some type of moral equivalency.
Palin contrasted Reagan’s “moral clarity” during the Cold War against the Soviet Union with Obama’s recent appeasement on Cuba. She mentioned that Reagan knew that the Soviet Union’s economic model was “a total failure” but did not collapse only because the Soviets were able to manipulate Americans into propping it up with grain deals and technology exchanges. She blamed “naive diplomats” and “Wall Street greed” for combining to “prop up the most repressive regime in human history” that “would have crumbled so much sooner under the weight of its own incompetence if it were not for” the policies of appeasement.
Reagan, Palin notes, had the “moral clarity” to call the Soviet Union an “evil empire” and declare that his strategy for the Cold War was simply, “we win, they lose.”
When Reagan supported Lech Walesa and the shipyard workers in Poland who were demanding basic human rights and freedom, it was a pebble that would start an avalanche, Palin says. Reagan’s gestures were not “empty” and “symbolic” because he “gave assistance behind the scenes to the freedom fighters,” and that is how Reagan won the Cold War.
Palin urged viewers to contrast Reagan’s moral clarity with Obama’s decision to “spit in the face of every human rights activist in Cuba.” She said Obama’s decision to reverse U.S. policy toward Cuba “enriched their oppressors and sanctioned their abuse.” She said that “greedy crony capitalists are propping up a failing Communist regime” in Cuba, and Obama just gave the “Castro regime the hard currency and the economic boost to remain in power forever.”
Palin said it is “ludicrous” to think that Cubans will enjoy democracy and human rights because corporations can sell products there.
“Ask human rights activists in China how that’s working for them,” Palin said, noting that the Cuban government will pocket 92% of wages of their workers to empower the apparatus that controls them.
She ultimately accused Obama of giving “away all of our leverage to fight for human rights” and betraying “the people who are courageously putting their lives on the line fighting for freedom.” She even said Obama was “spitting in the face of every human rights activist on the globe” before asking Americans to light candles to support the Cuban freedom fighters that the Obama administration betrayed.
Publicado por Unknown en 12/22/2014 09:06:00 p. m. No hay comentarios: Enlaces a esta entrada

wnd
(WASHINGTON TIMES) — A new Cold War is brewing here in Chicago’s Hyde Park neighborhood and it has nothing to do with the frigid temperature.
The apartment building at 832 E. 57th Street was once the Chicago home of a boy who would become a President.
No, it’s not Barack Obama of Hawaii. It was at the apartment’s first floor window that a young Ronald Reagan looked out upon the world.
But some powerful Chicagoans are planning to demolish Reagan’s historic home. Is it politically motivated? Is Mayor Rahm Emanuel behind the move?
Read more at http://www.wnd.com/2013/01/reagans-home-a-parking-lot-for-obama-library/#TwQtKibQ6iTwME8f.99
Publicado por Unknown en 1/30/2013 05:46:00 p. m. No hay comentarios: Enlaces a esta entrada

By: Roger Aronoff
Accuracy in Media RARE Friedman Footage - On Keys to Reagan and Thatcher's Success

Uploaded by atlasnetwork
Milton Friedman discusses the importance of think tanks, like those set up by Atlas founder Antony Fisher, in supporting politicians whose policies are founded in the ideas of liberty.
Publicado por Unknown en 9/27/2011 12:23:00 p. m. No hay comentarios: Enlaces a esta entrada 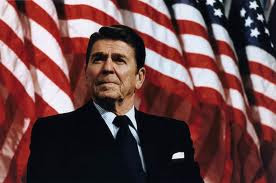 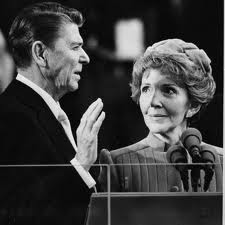 Apply the Reagan Doctrine in Libya

Marc Thiessen writes in today’s WaPo:
The administration is positioning military assets in the Mediterranean but seems unwilling to use them. Defense Secretary Robert Gates has expressed deep reluctance about establishing a no-fly zone over Libya, and he recently gave an address at West Point in which he warned that “any future defense secretary who advises the president to again send a big American land army into Asia or into the Middle East or Africa should have his head examined.”

Would the Gipper support the opposition in Libya?
From his days as deputy CIA director during the Reagan administration, Gates knows there are options for removing a dictator short of sending in “a big American land army.” In the 1980s, U.S. policymakers figured out a way to roll back Soviet expansionism without committing American ground forces to every flashpoint around the world. There were motivated people willing to fight their own wars of liberation. They did not want American soldiers to fight for them. They wanted America to provide weapons, training, intelligence and other support so they could fight and win those wars themselves. By providing such assistance, America helped resistance fighters in places such as Nicaragua and Afghanistan liberate their countries. It was called the “Reagan Doctrine,” and the time has come to apply it in Libya.

Be sure to read the whole thing.

Apply the Reagan Doctrine in Libya