Business Insider
Goldman Sachs has just led a $15 million funding round for Kensho, a financial data service that should have analysts quaking in their boots. The company is seeking to replace equity analysts with software.
Google Ventures, Accel Partners, and CNBC are also some of Kensho's big investors, according to the Financial Times.
Here's what Kensho is trying to do, in its own words:

If Kensho's claims are accurate, it should send a shiver down the spine of every financial analyst and researcher. Previously, the huge and growing amount of data available hasn't harmed analysts — the numbers are often useless without some interpretation. But if that data can be interpreted automatically, it's bad news for researchers and analysts. They might not be needed anymore if a machine can do the interpreting faster and better.
This process isn't just something that's hitting analysts. White-collar jobs could be replaced by algorithms and robots all over the place. Computers and robotic automation have replaced a huge proportion of jobs in manufacturing and agriculture in the past hundred years, but the trend isn't likely to spare service-sector desk-based workers.
Platforms like Narrative Science have already started to do this with journalism, with firms' financial statements quickly turned into news articles by the software. The stories are often indistinguishable from regular human-written news. A combination of firms like Kensho and Narrative Science mean you could soon be reading an article written by a robot journalist, based on research done by a robot analyst. “Hey, you spilled my last beer!” “Sorry, Frank, Kinect crashed.”
A robot that anticipates your actions (credit: Robot Learning Lab, Computer Science Department, Cornell University)
Why can’t a robot be like a servant (to paraphrase My Fair Lady)? You know, one who would anticipate your every need — even before you asked?
The folks at the Personal Robotics Lab of Ashutosh Saxena, Cornell assistant professor of computer science have gone and done just that.
When we last (virtually) visited the lab, we learned that the roboticists taught  “hallucinating” robots to arrange your room for you, and before that to pick up after you, These are important robot skills if you’re disabled, for example — or you live in a dorm.
Now they’ve taken the next step: they’ve taught a Cornell robot to foresee a human action, the person’s likely trajectory, and what it needs to do to help the person. Let’s say you’re walking toward a refrigerator carrying something with both hands; the robot could open the door for you (as shown in the video below).
Anticipating human actions
Understanding when and where to open the door (or when and how to pour a beer, also in the video) can be difficult for a robot because of the many variables it encounters while assessing the situation. But the Cornell team has created an elegant solution.

(Left) Robot’s video view. (Next) Heatmap of objects. (Next) Heatmap of trajectories (Right) Robot opening the door (credit: Robot Learning Lab, Computer Science Department, Cornell University).
For starters, the Cornell robot has access to a Microsoft Kinect 3-D camera and a database of 3D videos. The robot identifies the activities it sees, considers what uses are possible with the objects in the scene, and determines how those uses fit with the activities.
It then generates a set of possible trajectories or continuations into the future — such as eating, drinking, cleaning, putting away — and finally chooses the most probable. As the action continues, the robot constantly updates and refines its predictions.
“We extract the general principles of how people behave,” said Ashutosh Saxena, Cornell professor of computer science and co-author of a new study tied to the research. “Drinking coffee is a big activity, but there are several parts to it.” The robot builds a “vocabulary” of such small parts that it can put together in various ways to recognize a variety of big activities, he explained.
In tests, the robot made correct predictions 82 percent of the time when looking one second into the future, 71 percent correct for three seconds, and 57 percent correct for 10 seconds.
“Even though humans are predictable, they are only predictable part of the time,” Saxena said. “The future would be to figure out how the robot plans its action. Right now we are almost hard-coding the responses, but there should be a way for the robot to learn how to respond.”
This is amazing research, getting us closer to the robot butler in Robot & Frank and countless other science-fiction stories.
The research was supported by the U.S. Army Research Office, the Alfred E. Sloan Foundation and Microsoft.
Saxena will join Cornell graduate student Hema S. Koppula as they present their research at the International Conference of Machine Learning, June 18–21 in Atlanta, and the Robotics: Science and Systems conference, June 24–28 in Berlin, Germany.
rss Anticipation

Steve Ballmer offers a unique insight on what he believes are the least understood parts of Microsoft's vision--machine learning and big data--and explains the company's investment in both in anecdote from a casino trip he took to Las Vegas.
Publicado por Unknown en 12/27/2012 09:04:00 a. m. No hay comentarios: Enlaces a esta entrada

WP/ Meghan Kelly
Ray Kurzweil is looking forward to the year 2029.
That’s the year he predicts that our technology will be able to think without us — aka the date that computers pass the Turing test. Our computers are growing more powerful at an exponential rate, and even Kurzweil is impressed by what we can do with artificial intelligence (AI) today. He’s been making the prediction that 2029 is the date for some time, and he repeated the date here multiple times. Still, even to someone who has seen it coming all along, progress in technology can still be impressive.
“We’re making very discernible progress in AI. It’s quite visceral,” said Kurzweil at the DEMO Conference in Santa Clara, Calif., yesterday.
Kurzweil is widely known for creating the musical synthesizer, the Kurzweil Reading Machine, other speech recognition technologies. In addition, he’s made a name for himself for his interest in robots, his study of the brain, and for promoting the concept of the “Singularity,” which is the point at which artificial intelligence exceeds human intelligence; he’s a cofounder (with Peter Diamandis) of Singularity University. He has 19 honorary doctorates and degrees, and wants to live forever. Most recently he wrote the book How to Create a Mind: The Secret of Human Thought Revealed, which looks at how reverse engineering the brain helps us understand the how artificial intelligence fits in the broader world, and will be coming out in November, 2012.
He also made a comment about Apple’s Siri voice assistant and how far it still has to go. Kurzweil was directly involved in creating Nuance, which is the speech-recognition technology behind everyone’s favorite iPhone voice assistant.
“I think actually the natural language understanding of Siri is fairly weak,” he said. “That needs a lot of improvement. I think that’s feasible.”
Think of Iron Man (the movie version). Tony Stark made a friend out of his technology, Jarvis. He could talk to it and build a relationship with it. That’s what Kurzweil says we want out of our technology. We want a friend, and one day there will be a technology that can not only listen and understand what you’re saying, but reply.
Siri is definitely far from that mark, but it’s a start. More >>
Publicado por Unknown en 10/04/2012 10:01:00 a. m. No hay comentarios: Enlaces a esta entrada

A Robot Teaches Itself How to Walk

Artificial Intelligence Is the Next Killer App

It's Man v. Machine on Jeopardy this week as IBM super-robot Watson takes on former champions Ken Jennings and Brad Rutter. At The Atlantic, we're using Watson as an occasion to think about what smart robots mean for the American worker. This is Part Three of a three-part series on the exciting and sometimes scary capabilities of artificial intelligence. Read Part One --Anything You Can Do, Robots Can Do Better -- and Part Two -- Can a Computer Do a Lawyer's Job?


Artificial Intelligence Is the Next Killer App - Martin Ford ... 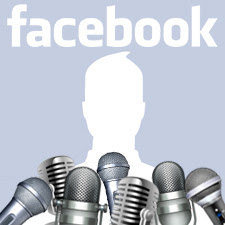