G7 to weigh future of G8 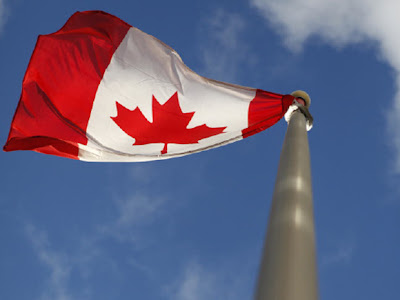 Canada has scored a solid “A” for the second-best economic performance among G7 countries in 2011 from BMO Capital Markets, however the countries have been graded on a serious bell curve as much of the industrialized world suffered through a trying year.
With a score of 81.6 on BMO’s Economic Performance Indicator (EPI) index, Canada ranks behind only Germany at 89.2 among the G7 group of nations.
“Still, it was up just a tick [0.1 index points] from last year, which represented the lowest grade for Canada since 1994,” Doug Porter, deputy chief economist with BMO, said in a report.
The index is produced by subtracting inflation, jobless rates, budget deficits, current account deficits and credit ratings from a hypothetical perfect score of 100. Surpluses are treated as zero and the indicator knocks off three points for each notch a country is rated below AAA status by Standard & Poor’s.
Canada benefited from an improved budget deficit and lower unemployment, offset by higher inflation. Based on forecasts, BMO expects Canada’s score to improve slightly to 83.3 in 2012.
Elsewhere, the United States scored the second-worst of the G7 with a 71.7 due to pronounced joblessness and a high budget deficit.
Italy, not surprisingly, scored the worst of the G7, at 69.6 due largely to a series of credit downgrades on its debt.
Overall, the OECD scored a middling 76.3, while euroland came in at 76.7.
Canada’s second-place finish comes amid widespread weakness in North America and Europe, with investors and economists now setting their sights and hopes firmly on China and other emerging markets to drive growth in 2012.
China, seen as a key driver of growth in 2012, scored a relatively impressive 80.3.
Lowlights include Greece, with a staggering 11.6 as the struggling country was dinged 51 points on its credit rating while also tackling a 16.6% unemployment rate and a severe budget deficit.
Portugal (43), Spain (56.2) and Ireland (55.8) also fared poorly.
All-time, the best performer was Japan, posting a near-perfect score in 1988. Canada’s best showing in the past 40 years was 91.8 in 2007.
Publicado por Unknown en 12/29/2011 03:36:00 p. m. No hay comentarios: Enlaces a esta entrada