Iceland, Switzerland, and the Golden Rule of Fiscal Policy

International Liberty
By Dan Mitchell
Being a glass-half-full kind of guy, I look for kernels of good news when examining economic policy around the world. I once even managed to find something to praise about French tax policy. And I can assure you that’s not a very easy task.
I particularly try to find something positive to highlight when I’m a visitor. While in the Faroe Islands two days ago, for instance, I wrote about that jurisdiction’s new system of personal retirement accounts.
And now that I’m in Iceland, I want to focus on spending restraint.
As you can see from this chart, lawmakers in this island nation have done a reasonably good job of satisfying Mitchell Golden Rule over the past couple of years. Economic output has been growing by 6.1 percent annually, while government spending has risen by an average of 2.8 percent per year.

If Iceland continues to enjoy this level of growth and can maintain this modest degree of fiscal discipline, the burden of government spending will soon drop below 40 percent of GDP.
As I’ve noted before, fiscal progress can occur very rapidly if spending is curtailed. Consider what’s happened, for example, over the past two years in America. Total federal spending didn’t grow in 2011 or 2012, and that de facto two-year spending freeze has led to a big reduction in the size of the public sector relative to GDP.
And because policymakers addressed the underlying disease of excessive spending, it’s no surprise that the symptom of red ink became much less of a problem with the deficit falling by almost 50 percent in those two years.
And nations such as New Zealand and Canada also have enjoyed quick benefits when limiting the growth of government.
Now let’s take a glass-half-empty look at Icelandic fiscal policy.
First, Iceland isn’t really moving in the right direction. Policy makers are merely undoing the damage that occurred in the latter part of last decade. As recently as 2006, the burden of government spending was less than 42 percent of GDP. So the current period of fiscal discipline is like going on a diet after spending several years at an all-you-can-eat dessert shop.
Second, three years of spending restraint could be a statistical blip rather than a long-run trend, especially since the 2014 numbers from the IMF are an estimate and the 2012 and 2013 numbers aren’t even finalized.
What Iceland needs is some sort of Swiss-style spending cap to impose long-run limits on the growth of government spending. As you can see from this second chart, Switzerland’s “debt brake” has produced more than ten years of spending restraint. Government generally has been growing slower than the private sector, which means that burden of government spending has been falling in Switzerland while other European nations are moving in the wrong direction.

By the way, it’s not just Iceland that would benefit from this type of spending cap. I explained last year that America would never have experienced trillion-dollar deficits if we had something similar to the Swiss debt brake.
Though it’s important not to overstate the benefits of this policy. A Swiss-type spending cap presumably wouldn’t have stopped the Fed’s easy-money policy. Nor would it have prevented Fannie-Mae and Freddie Mac from subsidizing a housing bubble. So we presumably still would have suffered a financial crisis.
But that’s not an argument against a spending cap. We lock our doors and latch our windows even though we realize that determined crooks can still break in. But at least we want to make our homes a less inviting target. Likewise, a spending cap doesn’t preclude all bad policies. But at least it makes it harder for politicians to increase spending.
The ultimate challenge, of course, is figuring out how to convince politicians to tie their own hands. The academic research suggests that spending caps need to be well designed if we want to limit the greed of the political class.
Iceland has made some progress, but Switzerland at this point is a better role model because the debt brake has been very durable.
P.S. If we’re going to copy Switzerland, we also should take a close look at their tax laws. Switzerland has the best ranking in the Tax Oppression Index, while the United States languishes in the bottom half of nations measured.
Publicado por Unknown en 11/04/2013 05:49:00 p. m. No hay comentarios: Enlaces a esta entrada 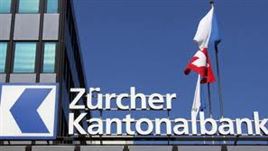 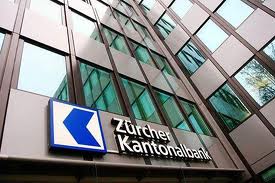 Switzerland May Have to Deploy Troops in Response to Euro Crisis

Coming on the heels of the European Union  being awarded the Nobel Peace Prize is the news that Switzerland is preparing its military to respond to possible escalations of violence related to the Euro crisis. "I can’t exclude that in the coming years we may need the army," Switzerland’s defense minister, Ueli Maurer was quoted as saying.  NBC News also reported Maurer questioned how long “money alone” could quell the crisis. The Swiss Defense Ministry is not ruling out deploying troops:


“It's not excluded that the consequences of the financial crisis in Switzerland can lead to protests and violence,” a spokesperson told CNBC.com. “The army must be ready when the police in such cases requests for subsidiary help.”


It doesn’t appear that the Swiss are taking this as a too-far-removed possibility:


It launched the military exercise “Stabilo Due” in September to respond to the current instability in Europe and to test the speed at which its army can be dispatched. The country is not a member of the union or among the 17 countries that share the euro.

Swiss newspaper Der Sonntag reported recently that the exercise centered around a risk map created in 2010, where army staff detailed the threat of internal unrest between warring factions as well as the possibility of refugees from Greece, Spain, Italy, France, and Portugal.

Switzerland, which did not join the United Nations until 2002, by a referendum that only narrowly passed, has not been in a state of war since the Treaty of Paris in 1815, a treaty predating even some of the modern nation-states now in crisis in the European Union, which the Swiss also have no plans to join. In his foreign policy address last week, Mitt Romney ruled out the possibility of war in Europe thanks to the Marshall plan. Reason’s Matthew Feeney pointed out Romney’s right, even if only because few countries in Europe are even capable of waging a war. Whether they’re capable of resolving their crisis except through “money alone” remains an open question, as Switzerland’s maneuvers highlight.
Publicado por Unknown en 10/15/2012 09:35:00 p. m. No hay comentarios: Enlaces a esta entrada 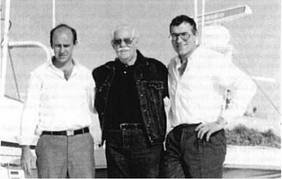 Despite its neutral and peaceful image, Switzerland has a strong military tradition. It is Europe's best-armed nation, where every male citizen under 50 years old is a reserve soldier. Many question why a country that hasn't been involved in any military conflict for 200 years should have an army at all.