Another Attempt to Murder Free Speech in Denmark

"I live in a government safe house. I wear a bulletproof jacket. I have not walked the streets ... in more than seven years. [I am] imprisoned in my own country for the mere fact that I have spoken out against the enemies of the West." — Geert Wilders, MP, Netherlands 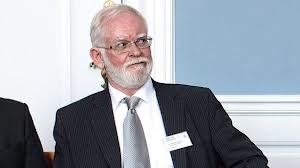 Lars Hedegaard [photo], a well-known seventy-year-old free speech activist and critic of Islam, narrowly escaped a murder attempt on February 5 outside his home in Copenhagen, Denmark.
An unidentified assailant wielding a handgun fired a shot at Hedegaard, but fled on foot after the bullet missed its intended victim and the gun subsequently jammed.
According to Danish media, the gunman, in a postal service uniform, rang the doorbell of Hedegaard's apartment building on the pretext of delivering a package. When Hedegaard opened the front door, the man pulled out a gun and fired a shot, narrowly missing Hedegaard's head.
Danish police say they are searching for the suspect, whom they describe as "a man of a different ethnic background than Danish." He is believed to be in his 20s and has a "Middle Eastern appearance." Speculation is that the assailant is a Muslim because of critical statements that Hedegaard has made regarding Islam.
Hedegaard is the president of the Danish Free Press Society, a watchdog group that often warns that free speech is under threat from radical Islam. Hedegaard also co-edits a weekly online newspaper called Dispatch International, which covers stories in Danish, English and Swedish about a variety of topics, including content that is critical of radical Islam.
Hedegaard's partner, Swedish journalist Ingrid Carlqvist, says the attack was a brazen attempt to silence a courageous free-speech warrior, one who has not been afraid to challenge official myths about the impact of multiculturalism and Muslim mass immigration on European society.
As if to prove Carlqvist's point, Danish officialdom has uniformly linked the attack on Hedegaard with the exercise of free speech in the country.
Danish Prime Minister Helle Thorning-Schmidt, a Social Democrat, said: "An attack on Lars Hedegaard is a heinous act which I condemn in the strongest terms. It is even worse if the attack is rooted in an attempt to prevent Lars Hedegaard to use his freedom of expression."
Former Prime Minister Lars Lokke Rasmussen, who leads the center-right Liberal Party, said the attack was a "cowardly and cruel act." He added: "If this action is rooted in preventing Lars Hedegaard from using his freedom of speech, we are witnessing an attack on all Danes."
The former leader of the conservative Danish People's Party, Pia Kjærsgaard, who has long warned about the negative effects of multiculturalism and runaway immigration, said it is "un-Danish" if people cannot give their opinions without risking their lives. She added: "It is incomprehensible and shocking if the motive is political. If this is the case, it shows that it is dangerous to make use of our constitutional freedom of expression.
The leader of the left wing Socialist People's Party, Annette Vilhelmsen, called the incident "totally unacceptable." She said: "I probably do not agree with Lars Hedegaard on very much. But in Denmark we have freedom of speech. Political assassinations affect not just real people, they hit our democracy and our freedom of thinking."
Hedegaard has been at the vanguard of a decade-long effort to fight back against restrictions to free speech in Europe, especially speech that is critical of Islam.
In April 2012, Hedegaard was acquitted by the Danish Supreme Court on charges of "hate speech" for comments he made about Islam.
Hedegaard's legal problems began in December 2009, when he said in a taped interview that there was a high incidence of child rape and domestic violence in areas dominated by Muslim culture. Although Hedegaard insisted that he did not intend to accuse all Muslims or even the majority of Muslims of such crimes, the Danish public prosecutor's office declared that Hedegaard was guilty of violating Article 266b of the Danish penal code, a catch-all provision that is often used to enforce politically correct speech codes. 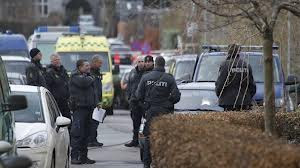 Article 266b states: "Whoever publicly or with the intent of public dissemination issues a pronouncement or other communication by which a group of persons are threatened, insulted or denigrated due to their race, skin color, national or ethnic origin, religion or sexual orientation is liable to a fine or incarceration for up to two years."
In January 2011, a Danish lower court acquitted Hedegaard of any wrongdoing. But public prosecutors appealed that verdict and in May 2011, a Danish superior court found Hedegaard guilty of hate speech in accordance with Article 266b because he "ought to have known" that his statements regarding family rape in Muslim families were intended for public dissemination.
The case eventually made its way to the Danish Supreme Court. In a ruling dated April 20, 2012, the court ruled that the prosecution had failed to prove that Hedegaard was aware that his statements would be published. Although Hedegaard was thus acquitted, the court also made a special point of ruling that the substance of his statements, namely the public criticism of Islam, is a violation of Article 266b.
As a result, although Hedegaard was cleared of wrongdoing, the Supreme Court affirmed the legal restrictions on free speech in Denmark.
To be sure, Hedegaard is not the only free speech advocate in Europe who has become a target for assassins. The attempt to assassinate him shows that Europeans (in Denmark and elsewhere) who are determined to exercise their right to free speech, especially concerning Islam, continue to face considerable personal risks.
In February 2008, the Danish Security and Intelligence Service (PET) arrested three Muslims (two Tunisians and one Moroccan-born Dane) who were charged with planning to murder the Danish cartoonist Kurt Westergaard because he created a controversial cartoon of the Islamic prophet Mohammed wearing a bomb in his turban.
After the plot was foiled, Westergaard's house was fitted with steel doors, a panic room, reinforced glass and surveillance cameras.
Despite the increased security measures, however, in January 2010 a 28-year-old Somali Muslim intruder armed with an axe and a knife entered Westergaard's house shouting phrases including: "We will get our revenge!" "Revenge!" and "Blood!" Westergaard, who fled to a panic room , was unharmed; the intruder was shot in the hand and knee by police officers who arrived on the scene.
In Sweden, the artist Lars Vilks has been living under police protection after a drawing he made depicting Mohammed as a dog led to numerous death threats from radical Muslims. In May 2010, Muslim protesters assaulted Vilks while he was giving a lecture about free speech at Uppsala University. A few days later, Vilks' house in southern Sweden was attacked by arsonists.
In November 2010, the Somali Islamic group Al-Shaabab produced a video announcing a death threat against Vilks. In December 2010, a suicide bomber in Stockholm left a message saying that he wanted to kill Swedish citizens because of their "foolish support for the pig Vilks." In September 2011, three men were arrested on suspicion of conspiring to murder Vilks in the city of Gothenburg.
In the Netherlands, police in Amsterdam arrested the spokesperson of the Islamist group Sharia4Holland on charges of making death threats against the leader of the Dutch Freedom Party, Geert Wilders.
Abu Qasim was arrested in May 2012 after a speech he gave in Amsterdam's central Dam Square (video in Dutch here), when he warned that Wilders would be "dealt with" once the Netherlands became an Islamic state.
Qasim also called Wilders "this dog of the Romans" and -- referring to the Dutch filmmaker and Islam critic who was murdered by a Dutch-Moroccan Muslim in 2004 -- warned that Wilders should learn lessons from "the case of Theo van Gogh."
In his 2012 book about Islam, "Marked for Death: Islam's War against the West and Me," Wilders describes his life under round-the-clock guard because of death threats by Muslim extremists.
Wilders writes: "I have a panic room in my house where I am supposed to take refuge if one of the adherents of the 'religion of peace' makes it past my permanent security detail and into my home. In fact, it's not really my home at all—I live in a government safe house, heavily protected and bulletproof. ... I have been surrounded by police guards and stripped of nearly all personal privacy. ... I am driven every day from the safe house to my office in the Dutch Parliament building in armored police cars. ... I wear a bulletproof jacket. ... Always surrounded by plainclothes police officers, I have not walked the streets on my own in more than seven years. ... [I am] imprisoned in my own country for the mere fact that I have spoken out against enemies of the West."
Wilders continues: "Leading a life like that got me thinking about some big questions. Western societies guarantee their citizens something that no other civilizations grant them: privacy. It's one of those things you tend to take for granted unless you lose it. The importance of privacy is unique to Western society with its notion of the sovereign individual. In stark contrast to Western norms, Islam robs people of their privacy. Islamic societies—including Islamic enclaves in the West—exert tight social control that is indicative of the totalitarian character of Islam."
Wilders concludes: "We can still prevail. We begin the struggle by standing up for our values and telling the truth about Islam. Even when we are insulted, even when we are harassed and intimidated, even when we are marked for death just for stating an opinion—we must never be silenced."
Publicado por Unknown en 2/06/2013 01:37:00 p. m. No hay comentarios: Enlaces a esta entrada

Residents of Christiania stand in front of the Supreme Court of Denmark Friday Feb. 18, 2011, in Copenhagen, Denmark. The Danish Supreme Court gave the government the green light to take control of a largely self-governing Copenhagen neighborhood that was occupied by hippies four decades ago. (AP Photo/Polfoto/Torben Stroyer)


By Richard Steed - Associated Press
The Danish Supreme Court on Friday gave the government the green light to take control of a largely self-governing Copenhagen neighborhood that was occupied by hippies four decades ago.