“Cuba May Be the Most Feminist Country in Latin America!” squeals The New York Times

The longest-suffering female political prisoners in modern history suffered their tortures in Castro's Cuba. Many died by firing-squad and prison beatings.
Our friends at Newsbusters disclose the title of this post.
First off: UNSPEAKABLE (!!!) Pre-Castro Cuba had more female college students as a percentage of population than the U.S., according to Guillermo Cabrera-Infante. But the "glass-ceiling" of the time kept them out of jail for purely political offenses. 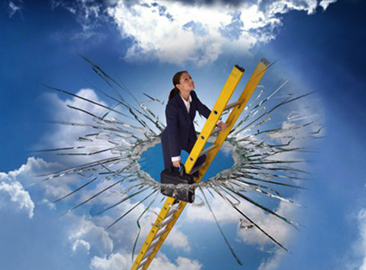 Their prison conditions were described by former political prisoner Maritza Lugo. “The punishment cells measure 3 feet wide by 6 feet long. The toilet consists of an 8 inch hole in the ground through which cockroaches and rats enter, especially in cool temperatures the rat come inside to seek the warmth of our bodies and we were often bitten. The suicide rate among women prisoners was very high.”
In fact, Castroism TRIPLED Cuban women’s pre-revolution suicide rate, making Cuban women the most suicidal on earth. This according to a 1998 study by scholar Maida Donate-Armada that uses some of the Cuban regime’s own figures.
Some suffered months in "Tapiadas" (underground cells in total darkness) Some were jailed a few miles from La Cabana. With the right wind direction, the firing squad volley's would reach them. "HA-HA! Oiste?... Ce la cepillaron a tu marido! ( Hijo! Padre! Abuelo! Tio!)" (Heard that?! We just shot your husband, son, dad, grandad, uncle!) the guards would gather and cackle at the rat-bitten women, surrounded by cockroaches and caked in filth and menstrual fluid from lack of water in their torture chambers.
Not to take anything away from Yoani and The Ladies in White ...but many, many, MANY Cuban women had it much, much, MUCH worse--and without the slightest mention by the MSM of their deaths and decades of suffering torture...instead, as usual, with their murderers and torturers hailed to high heavens by such as the New York Times. 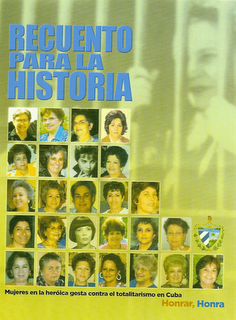 How some media saw the Pope visit to Cuba

The Post-Digital Age of Advertising

Are You Lurking? The 90-9-1 Principle of Social Media

Social networks like Twitter boast ever-climbing rates of use, but how many account holders are actually participating? A panel of Australian media experts discusses the 90-9-1 principle of social media, which has it that 90 percent of users on any social media platform are lurking, 9 percent are moderate contributors, and 1 percent are super users.
-----
Do you post comments online? Blog about your ideas? Tweet your opinion? Perhaps you're a "lurker," listening to, reading and following others who have their say in social media? It's no secret that Twitter, blogs and Facebook have changed the way we communicate, but have they tapped in to our modern pathological need to be "revered"? And, what does it really mean to be "someone" in the Twittersphere?

At a pub in Brisbane, a panel of twittering journos and scientists fess up on their desires, obsessions, and hates of social media and try to unpick the psychology behind our intimate relationship with it. Among the panelists are Dr. Rod Lamberts, a science communications expert from ANU; Andy Gregson, a social networking entrepreneur; and Natasha Mitchell, the presenter of Radio National's "All in the Mind," who's a fervent blogger and Tweeter herself. Leading the conversation is "New Inventors" judge and ABC science broadcaster, Bernie Hobbs.

This event is presented by ABC Cafe Scientific, as part of the Brisbane 'media140' conference.
Publicado por Unknown en 6/10/2011 12:26:00 a. m. No hay comentarios: Enlaces a esta entrada