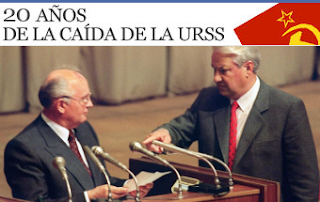 By Gennady Burbulis with Michele A. Berdy

"That scum!" Boris Yeltsin fumed. "It's a coup. We can't let them get away with it."
It was the morning of Aug. 19, 1991, and the Russian president was standing at the door of his dacha in Arkhangelskoe, a compound of small country houses outside Moscow where the top Russian government officials lived. I had raced over from my own house nearby, after a friend called from Moscow, frantic and nearly hysterical, insisting that I turn on the radio. There had been a coup; Soviet leader Mikhail Gorbachev had been removed from power.
Five minutes later I was at Yeltsin's dacha, an unassuming two-story yellow brick building, where a small group of his closest associates soon gathered. In addition to me (at the time, his secretary of state), there was Ivan Silayev, the head of the Russian cabinet; Ruslan Khasbulatov, the acting chairman of the Supreme Soviet; Mikhail Poltoranin, the minister of press and mass information; Sergei Shakhrai, the state councilor; and Viktor Yaroshenko, the minister of foreign economic relations. Anatoly Sobchak, the mayor of Leningrad, and Yuri Luzhkov, the deputy mayor of Moscow, arrived not long after. Everyone crowded into Yeltsin's small living room.

Three Days in Foros
In August 1991, Soviet hardlines held Mikhail Gorbachev captive in a last-ditch effort to save the Soviet empire. His foreign policy advisor tells the story.
For months we had half-expected something like this. By the summer of 1991, the Soviet Union was falling apart at the seams. The economy was imploding, the deficit was ballooning, hard currency and gold reserves had been decimated, and Gorbachev's stopgap reforms had only exacerbated the crisis. The notion of a "Soviet people," unified under the banner of socialism, was collapsing along with it. Legislatures in the republics, which had already demanded greater freedoms within the USSR, began calling for independence. By the spring of 1991, five republics -- Armenia, Estonia, Georgia, Latvia, and Lithuania -- had declared it officially. In Russia, democratic forces wanted an end to Soviet totalitarian rule. Our aim was not to allow the chaotic dissolution of the USSR, but to transform it into a confederation that would afford each republic considerable self-determination under its aegis.

We had been moving in this direction for several years. Yeltsin and the other democratic candidates had been elected to the Russian parliament in 1990 with the goal of securing more legally protected rights and freedoms, as well as a market economy, and Yeltsin had been elected president of Russia in June 1991 with almost 60 percent of the vote. But while we were secure in our popular mandate, we were utterly powerless to deal with the greatest threat to Russia: economic collapse. More than 93 percent of the economy, by our estimation, was controlled by the Soviet government. Yeltsin and those of us in his circle of closest associates soon came to believe that unless we were to content ourselves with being nothing more than a ceremonial body, we had to change the legal and economic bases of the union itself.
Gorbachev and a small group of Soviet reformers had accepted this, too. We began to work together on a new union treaty that would transform the Soviet Union into a confederation of sovereign states with a limited central government. Yeltsin planned to sign the controversial pact on Aug. 20.
Read more...
Publicado por Unknown en 7/12/2011 09:36:00 p. m. No hay comentarios: 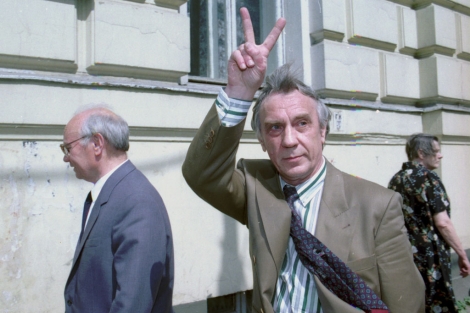