By Robin Emmott
Canada threatened on Wednesday to take the European Union to the World Trade Organisation over its plans to label Canadian oil sands as dirty, but promised not to delay a bilateral trade pact.
The issue has overshadowed relations as Canada and the EU try to deepen economic ties through a trade deal that could generate $28 billion a year in new business and commerce.
Canadian Natural Resources Minister Joe Oliver, on a week-long lobbying trip to Europe, accused the EU of breaking international trade rules and discriminating against Canadian exports.
"We are going to take whatever action we need to, and we may well go to the WTO," Oliver told a news conference. "We will defend our interests vigorously."
The WTO has the power to order the EU to change its rules if they are found to be unfair, but the process is lengthy.
Canada's oil sands are the world's third largest crude reserves, but most are in the form of tar sands. Extraction from the clay-like deposits takes more energy than pumping conventional oil and results in higher carbon emissions.
The European Commission has proposed labelling oil from tar sands as "highly polluting" to help implement an EU goal to cut the carbon intensity of its transport fuels by 6 percent by 2020.
The Commission denies that it is singling out Canadian oil as its proposal also defines other unconventional sources of oil as carbon-intensive.
Asked whether the trade deal could be signed even if the EU goes ahead with its fuel labelling, Oliver said: "Yes ... These issues are entirely separate."
He said Canada did not intend to use the issue as a bargaining chip.
Talks on a free trade deal began in 2009 and are in the last stage, diplomats say, but have stumbled over a series of issues.
Canada, which is anxious to find new markets for its oil and gas outside the United States, argues that Europe should embrace it as a stable, reliable energy producer.
Yet many in the environment lobby say long-term investment in new heavy crude infrastructure and development would badly undermine attempts to limit climate change.
Twelve climate scientists and energy experts said in a letter to Oliver this week that Canadian policy was delaying the transition to an economy that was less reliant on carbon.
"We are at a critical moment," the group, among them academics from Harvard in the United States, and from British Columbia and Queen's universities in Canada, wrote in the letter, seen by Reuters. "The responsibility for preventing dangerous climate change rests with today's policymakers."
A report on Wednesday indicated the European Commission's tar sands proposal would shift investment towards lower-carbon oil sources and could save up to 19 million tonnes of carbon dioxide per year - equivalent to removing 7 million cars from Europe's roads. (Additional reporting by Barbara Lewis; Editing by Kevin Liffey. 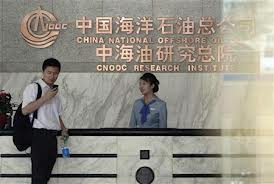 If you applied Murphy’s Law to the oilsands, the result would look a lot like Long Lake. The oilsands project was predicated on a novel Israeli-developed gasification process intended to reduce the project’s natural gas consumption. Now that natural gas has become dirt cheap, the benefits of this technically challenging approach hardly seem worth the effort. Long Lake’s startup in 2008 was delayed nearly six months, and it has lagged well behind schedule ever since. The anticipated flood of 72,000 barrels per day turned out to be more of a trickle. (During this year’s first quarter, it reached 34,500 barrels per day.) The cost overruns were horrendous even by Fort McMurray standards. Long Lake is, in short, the Florida swampland of Alberta’s oilsands region. All of which prompts the question: Who’d want to buy it?
On July 23, the China National Offshore Oil Corp. (CNOOC) revealed its offer to purchase all shares of Long Lake’s majority owner, Nexen. It’s prepared to pay dearly: at 61% above the share price, the premium is roughly double the average in Canadian acquisitions. That’s likely sufficient to dissuade others from bidding. (CNOOC is nothing if not determined: it already owns Nexen’s former partner at Long Lake, Opti Canada, having bought that insolvent company last year for $2.1 billion.) Fortunately for CNOOC, Long Lake is actually something of a sideshow: most of Nexen’s assets lie outside Canada—in the U.K., Yemen and the U.S.
China’s appetite for energy and raw materials is voracious. But this overture bears greater significance—as a trial run for possible future investment. If consummated, this would be China’s largest-ever overseas takeover by a considerable margin. It’s also outside China’s traditional hunting grounds in the developing world. The implications for Canada are equally momentous. This might be regarded as a second chance to build a meaningful economic relationship with what has become, by many measures, the world’s second-largest economy.
A few years ago, the federal government reversed what had been an antagonistic stance toward Beijing. This thawing process gained greater urgency following the U.S. government’s decision last year to delay approval of TransCanada Corp’s proposed Keystone XL pipeline, a conduit for oilsands product. Ottawa now worries Canada’s traditional partner is losing enthusiasm for buying and investing in our filthy crude. Canada’s energy sector has also suffered lately from a combination of oversupply and stagnant U.S. demand, resulting in discounted prices. Greg Priddy, an analyst with political-risk consultancy Eurasia Group, noted in a recent commentary that “the Alberta and federal governments, along with the oil and gas sector, broadly support the effort to diversify Canadian energy exports to high growth markets in Asia. More >>
Publicado por Unknown en 9/05/2012 01:21:00 p. m. No hay comentarios: