By Tyler Cowen
I am pleased to have been invited to a small group session in New York City to meet Gates and hear him present his new letter.  My observations are these:
1. Gates has a command of data and analytics in development economics better than that of most development economists, or for that matter aid professionals.  He also expects everyone at the meeting to know everything about what he is talking about, or at least is willing to proceed on that basis.  That said, when it comes to answering questions he sometimes assumes a stupider version of the question than what is actually being asked.
2. He is smart enough, and health-savvy enough, not to waste time with handshakes at the beginning of meetings.  People as productive as Gates should not be required to shake hands, and the same can be said for people less productive than Gates.
3. He does not go on and on.  His opening remarks were about two minutes long, with no notes, and all of his answers were to the point.
4. We were served water, at exactly the right cool temperature, yet without ice cubes.  No cookies.
5. Unlike Gates, I am not convinced that “health” is the key breakthrough area for economic development, but there is enough low-hanging fruit out there that it doesn’t have to be.  That said, when questioned on this his answers were closer to tautology than they needed to be.  Much of their emphasis on measurement seemed to me to track absolute movement toward goals, rather than relative efficacies of different project investments.
6. Gates suggested that if he had been more careful tracking and organizing his AP credits, he might have been able to receive his undergraduate degree.  That is one sense, in his words, in which he is barely a college drop out.  In another sense, it makes him a very extreme college drop out.
7. He mentioned that he is an extremely eager consumer (and not just funder) of on-line education and The Teaching Company.  And this is a man who could receive free (or paid) lectures from almost anyone he wants.
8. Empellon Tacqueria, in the West Village, has an excellent mackerel ceviche and I recommend also the quail eggs.
9. I have now run into Reihan Salam twice in the last two years, in random public places in Manhattan, without any reason for expecting to see him there.  This should cause me to revise my prior on something or other, but I am not sure what.  When changing/surfing the channels, which I do occasionally to “keep in touch,” I also run into him on TV a lot.
10. Gates understands the very high returns from better governance, but also sees it is not trivial to reap them.
11. In the context of U.S. education, he does not worry that teacher cheating will bias test results very much at the macro level.
12. He is more optimistic about charter schools than I am (though I favor them), and more optimistic about the results from giving teachers feedback about their performance.  In my view, bad teachers don’t very much want to improve and it is not so much a matter of knowledge.  Undergraduate college teachers are evaluated all the time, and it does help, but it hardly brings the rotten apples up to par and I don’t see it as the key to moving the system forward at lower levels.
Here is Jason Kottke’s account.  Here is Dana Goldstein’s account.
Gates’s annual letter, which was released earlier this week, is here.
Publicado por Unknown en 2/01/2013 11:11:00 a. m. No hay comentarios:

Bill Gates praises the educational priorities of the Obama Administration, but worries that their efforts may be undermined by the increasing unaffordability of higher education.
Publicado por Unknown en 12/27/2012 10:17:00 a. m. No hay comentarios:


Microsoft founder Bill Gates continues to pour millions of dollars into high-risk geoengineering projects that purport to offer a solution to global warming yet have been savaged by environmentalists as potentially posing a greater threat than climate change itself.

“Concern is now growing that the small but influential group of scientists, and their backers, may have a disproportionate effect on major decisions about geoengineering research and policy,” reports the London Guardian, quoting critics who allege that Gates’ funding has enabled geoengineering advocates to “dominate the deliberations of the UN’s Intergovernmental Panel on Climate Change.”
In 2010, Gates was criticized for ploughing $300,000 dollars into a sea trial of cloud-whitening technology which involved spraying clouds with microscopic particles in an effort to make them reflect more sunlight, an experiment dubbed “dangerous” by environmental campaigners.
The report reveals that Gates has backed Professors David Keith, of Harvard University, and Ken Caldeira of Stanford, to the tune of $4.6 million dollars to fund studies based around the premise of injecting sulphur particles into the upper atmosphere designed to reflect sunlight.
As we have previously documented, experiments similar to Caldeira’s proposal are already being carried out by U.S. government -backed scientists, such as those at the U.S. Department of Energy’s (DOE) Savannah River National Laboratory in Aiken, S.C, who in 2009 began conducting studies which involved shooting huge amounts of particulate matter, in this case “porous-walled glass microspheres,” into the stratosphere.
Exposure to sulphur has been linked to innumerable physical and neurological diseases, including reproductive failure, behavioral changes, damage to the immune system, as well as liver, heart and stomach disorders.
Even pro-geoengineering scientist Mark Watson, admits that injecting sulphur into the atmosphere could lead to “acid rain, ozone depletion or weather pattern disruption.”
Rutgers University meteorologist Alan Robock also, “created computer simulations indicating that sulfate clouds could potentially weaken the Asian and African summer monsoons, reducing rain that irrigates the food crops of billions of people.”
Publicado por Unknown en 2/06/2012 08:01:00 p. m. No hay comentarios: 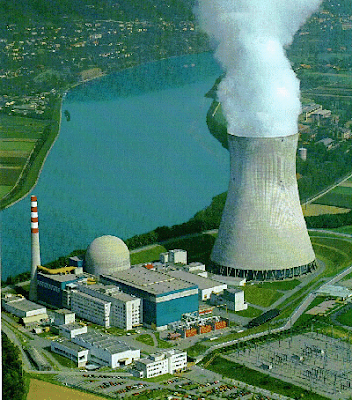