New Atlantis Full Documentaries
The tribe Zo'é shows his way of life and their perception of the world. We will know the identity of this isolated village through their daily actions, we will see how is your relationship with the environment around them and with their own kind.

We will live for several months along with 184 members of this ethnic group, one of the last groups living in the countryside, ignoring our history and reigning over the Amazon jungle for centuries.

This series (Amazonia: Last Call) travels across Brazilian landscapes by way of one of the main links still binding the essence of humanity with the Earth: the Amazon.

The filming of the first point of contact with an isolated race, the Zo'E, the encroachment on areas of the Amazonian forest previously uncaptured on film, the evidence relating to the development of the illegal trafficking of species or the recording of the immeasurable value of Brazil's natural spaces; these are just excerpts from the series.

The underlying theme is the conflict between the development and conservation of one of the key natural areas underpinning the stability of the planet.
Publicado por Unknown en 6/02/2015 11:28:00 a. m. No hay comentarios:

Is the Amazon Rainforest Drying Out? 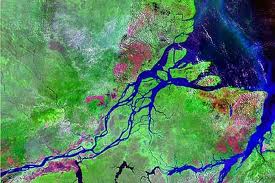 By Barbara Fraser
TARAPOTO, Peru—For tropical ecologist Gregory Asner, flying over the Peruvian Amazon from the town of Tarapoto is like traveling back in time. Modern houses, rice paddies and oil palm plantations give way to steep, forested mountains and then to green, unbroken forest that curves toward the horizon.
Suddenly the tree canopy below the twin-engine plane turns a mottled gray-brown, a sign of drought damage that he estimates may affect as many as half the trees.
In this remote corner of Peru’s Ucayali region, Asner, a tropical ecologist at the Carnegie Institution for Science at Stanford University, is afraid he is seeing the future. In the last few years this patch of forest has been hit by two “once-in-a-century droughts”—one in 2005 and another in 2010. These dry spells may become more frequent as temperatures in the tropical North Atlantic Ocean rise and as humans burn thousands of square kilometers of forest for farming. Although it has seen warmer temperatures in the past, the western Amazon is under siege now from a combination of a warming climate and human population growth that it has never faced before, and scientists are scrambling to determine whether existing protected areas will be enough to buffer against the changes to come.
Behind the plane Asner glimpses smoke rising from fires set to clear land for farming. Migration from the Andean highlands has boosted Peru’s Amazonian states to the top of the population growth chart, and the influx of people is taking a toll on the forest.
Peru’s Ministry of Environment—using satellite images and Carnegie-provided software—calculates that the country lost about 6,475 square kilometers of forest, an area the size of Delaware, between 2005 and 2009, up from some 4,550 square kilometers in the five previous years. Losing forest reduces precipitation, further stressing the remaining trees. “About 50 percent of the rain that falls in the Amazon is generated by the forest itself, through transpiration and evaporation,” Asner says. “Deforestation exacerbates the drought problem, because it removes that internal engine.”
Clearing fields and pastures also leaves more exposed forest edges, drying out the interior and making it more likely to burn if an agricultural fire escapes. Fires during the 2005 and 2010 droughts added 3.8 gigatons of carbon to the atmosphere, according to Simon Lewis, a forest ecologist at University College London. In recent genetic studies Lewis found that Amazonian trees have weathered past climatic warming, but the changes were slower then and were not exacerbated by humans, he says.
Faced with warmer, drier conditions, trees have three options:
“Individuals can acclimate, species can adapt or migrate, or they go extinct,” says Kenneth Feeley, a biologist at Florida International University. A floral species can expand its range into a cooler region, but only as fast as seed dispersal allows. Feeley, who studies trees on the eastern slope of the Peruvian Andes, was surprised to see range changes there in just a few years. “Species are moving upslope about three vertical meters a year—that’s really fast,” he says, although perhaps not fast enough. “Based on the climate change that’s already happening, they need to move nine or 10 vertical meters a years.”
In the lowlands, deforestation reduces the areas to which species can move, and fields, pastures and roads create barriers to dispersal. Peru has some large protected areas, such as Manú National Park, where Feeley does his work, but scientists don’t know if they are big enough—or in the right places—to allow species to migrate in a rapidly changing climate.
Keep reading on scientificamerican >>
Publicado por Unknown en 12/27/2012 01:19:00 p. m. No hay comentarios: 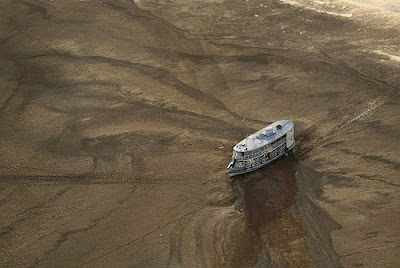 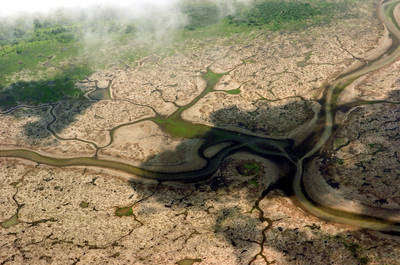