Meet the robot that builds itself

Sex robots: Robotic strippers and red-light districts of the future.

The Pentagon Is Getting Closer To Robot Soldiers, Leading Roboticist Warns

Business Insider
In the not-too-distant future, the U.S. military may turn more combat roles over to robotic soldiers, NPR reports.
The Defense Advanced Research Projects Agency (DARPA) started robotics trials last December with the ultimate goal of creating robots that can perform advanced functions such as driving cars, manipulating everyday objects, and having a free range of motion.
While the robots are being developed with the altruistic goal of providing disaster relief, prominent roboticists are concerned that advances in robotics sponsored by DARPA can be shifted to military use.
Roboticist Illah Nourbakhsh warned NPR:
If researchers set out to build a robot that can drive a regular car, climb a ladder and operate a jack hammer, "That means that that robot can manipulate an AK-47. That means that robot can manipulate the controls of all the conventional military machines as well," he says.
The overall concern with the gradual shift towards replacing soldiers with autonomous robots, which Nourbakhsh believes is a likely outcome, is who will be held accountable for the robots' actions.
There is also a very real concern that if wars are waged by robots, humans may become more comfortable with the thought of killing.
Former U.S. commander General Stanley McChrystal told BBC's Today Program, "There’s a danger that something that feels easy to do and without risk to yourself, almost antiseptic to the person shooting, doesn’t feel that way at the point of impact." 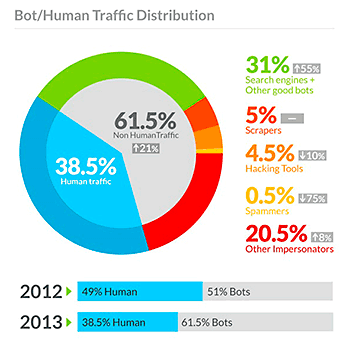 Military Official Says Robots To Replace Troops On The Battlefield

Researchers at the University of Maryland, funded by the U.S. Army, may have just taken drone warfare to the next level.
The Robo-Raven is a robotic bird, with wings that can flap independently of one another. This technology makes the aircraft appear like a live bird.
In fact, a YouTube video from the University of Maryland Robotics Department shows the Robo-Raven in flight, a flight so lifelike that the machine gets attacked by a hawk at 1:49 in the video.
“Our goal is to create a robotic bird that can do things that have never been done before,” Dr. S.K. Gupta, a professor at UMD’s Robotics Department, says in the video.
The tactical potential is outstanding. In Iraq and Afghanistan, insurgents have been known to bury weapons or disperse when they see or hear surveillance drones doing low passes. With the technology harnessed by the Robo-Raven, a surveillance drone could hover overhead and no one would have any idea.
Check out the Robo-Raven in action: “Hey, you spilled my last beer!” “Sorry, Frank, Kinect crashed.”
A robot that anticipates your actions (credit: Robot Learning Lab, Computer Science Department, Cornell University)
Why can’t a robot be like a servant (to paraphrase My Fair Lady)? You know, one who would anticipate your every need — even before you asked?
The folks at the Personal Robotics Lab of Ashutosh Saxena, Cornell assistant professor of computer science have gone and done just that.
When we last (virtually) visited the lab, we learned that the roboticists taught  “hallucinating” robots to arrange your room for you, and before that to pick up after you, These are important robot skills if you’re disabled, for example — or you live in a dorm.
Now they’ve taken the next step: they’ve taught a Cornell robot to foresee a human action, the person’s likely trajectory, and what it needs to do to help the person. Let’s say you’re walking toward a refrigerator carrying something with both hands; the robot could open the door for you (as shown in the video below).
Anticipating human actions
Understanding when and where to open the door (or when and how to pour a beer, also in the video) can be difficult for a robot because of the many variables it encounters while assessing the situation. But the Cornell team has created an elegant solution.

(Left) Robot’s video view. (Next) Heatmap of objects. (Next) Heatmap of trajectories (Right) Robot opening the door (credit: Robot Learning Lab, Computer Science Department, Cornell University).
For starters, the Cornell robot has access to a Microsoft Kinect 3-D camera and a database of 3D videos. The robot identifies the activities it sees, considers what uses are possible with the objects in the scene, and determines how those uses fit with the activities.
It then generates a set of possible trajectories or continuations into the future — such as eating, drinking, cleaning, putting away — and finally chooses the most probable. As the action continues, the robot constantly updates and refines its predictions.
“We extract the general principles of how people behave,” said Ashutosh Saxena, Cornell professor of computer science and co-author of a new study tied to the research. “Drinking coffee is a big activity, but there are several parts to it.” The robot builds a “vocabulary” of such small parts that it can put together in various ways to recognize a variety of big activities, he explained.
In tests, the robot made correct predictions 82 percent of the time when looking one second into the future, 71 percent correct for three seconds, and 57 percent correct for 10 seconds.
“Even though humans are predictable, they are only predictable part of the time,” Saxena said. “The future would be to figure out how the robot plans its action. Right now we are almost hard-coding the responses, but there should be a way for the robot to learn how to respond.”
This is amazing research, getting us closer to the robot butler in Robot & Frank and countless other science-fiction stories.
The research was supported by the U.S. Army Research Office, the Alfred E. Sloan Foundation and Microsoft.
Saxena will join Cornell graduate student Hema S. Koppula as they present their research at the International Conference of Machine Learning, June 18–21 in Atlanta, and the Robotics: Science and Systems conference, June 24–28 in Berlin, Germany.
rss Anticipation 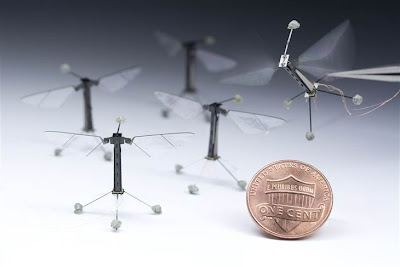 Care-O-Bot, the future of home help for seniors

Why Toyota Won't Call It a Self-Driving Car

Advanced humanoid Roboy to be ‘born’ in nine months

Robot gets from A to B by asking the way

ReutersVideo
Nov. 12 - German scientists have taught a humanoid robot to find its way by asking for directions from people in the street. Fitted with Fitted with an array of cameras and sensors, the automaton represents a significant step in the development of robots that can intergrate with society. Jim Drury has the story.
Publicado por Unknown en 11/12/2012 10:00:00 p. m. No hay comentarios:

ForaTv
In a demonstration of the Esko Bionics Exoskeleton, Russ Angold shows how the technology is revolutionizing the ability of the human body.
Publicado por Unknown en 11/05/2012 03:38:00 p. m. No hay comentarios:

WP/ Meghan Kelly
Ray Kurzweil is looking forward to the year 2029.
That’s the year he predicts that our technology will be able to think without us — aka the date that computers pass the Turing test. Our computers are growing more powerful at an exponential rate, and even Kurzweil is impressed by what we can do with artificial intelligence (AI) today. He’s been making the prediction that 2029 is the date for some time, and he repeated the date here multiple times. Still, even to someone who has seen it coming all along, progress in technology can still be impressive.
“We’re making very discernible progress in AI. It’s quite visceral,” said Kurzweil at the DEMO Conference in Santa Clara, Calif., yesterday.
Kurzweil is widely known for creating the musical synthesizer, the Kurzweil Reading Machine, other speech recognition technologies. In addition, he’s made a name for himself for his interest in robots, his study of the brain, and for promoting the concept of the “Singularity,” which is the point at which artificial intelligence exceeds human intelligence; he’s a cofounder (with Peter Diamandis) of Singularity University. He has 19 honorary doctorates and degrees, and wants to live forever. Most recently he wrote the book How to Create a Mind: The Secret of Human Thought Revealed, which looks at how reverse engineering the brain helps us understand the how artificial intelligence fits in the broader world, and will be coming out in November, 2012.
He also made a comment about Apple’s Siri voice assistant and how far it still has to go. Kurzweil was directly involved in creating Nuance, which is the speech-recognition technology behind everyone’s favorite iPhone voice assistant.
“I think actually the natural language understanding of Siri is fairly weak,” he said. “That needs a lot of improvement. I think that’s feasible.”
Think of Iron Man (the movie version). Tony Stark made a friend out of his technology, Jarvis. He could talk to it and build a relationship with it. That’s what Kurzweil says we want out of our technology. We want a friend, and one day there will be a technology that can not only listen and understand what you’re saying, but reply.
Siri is definitely far from that mark, but it’s a start. More >>
Publicado por Unknown en 10/04/2012 10:01:00 a. m. No hay comentarios: