Unions by another name? Lawmakers question rise of 'worker centers'

On Friday, reports broke that Former IRS chief Doug Shulman’s wife works with a liberal lobbying group, Public Campaign, where she is the senior program advisor. Public Campaign is an “organization dedicated to sweeping campaign reform that aims to dramatically reduce the role of big special interest money in American politics.”

The goal of Public Campaign is to target political groups like the conservative non-profits at issue in the IRS scandal. The Campaign says it “is laying the foundation for reform by working with a broad range of organizations, including local community groups, around the country that are fighting for change and national organizations whose members are not fairly represented under the current campaign finance system.”
CEO of Public Campaign Nick Nyhart has offered words of support for the IRS’ targeting: “There are legitimate questions to be asked about political groups that are hiding behind a 501(c)4 status. It’s unfortunate a few bad apples at the IRS will make it harder for those questions to be asked without claims of bias.”
Public Campaign gets its cash from labor unions like AFL-CIO, AFSCME, SEIU, and Move On.
Publicado por Unknown en 6/01/2013 05:25:00 p. m. No hay comentarios: Enlaces a esta entrada

O'Reilly: More evidence the far left is out of control in America

Dick Durbin at May Day Immigration Rally: Communists? What Communists?

Two large rally demonstrations that began at Union Park and Chicago's Haymarket Riot monument converged into a giant march that shut down traffic for miles, and ended at Federal Plaza where they were joined by Senator Durbin.
Durbin made remarks to the red, yellow and black flag waving crowd about "immigration reform." Opening with "My fellow immigrants," Durbin told the crowd "this is a once in a lifetime chance" to get "immigration reform."
Following his speech, I spoke to the senator about his participation:

(May Day is apparently also Law Day in America, but after covering the last three May Day marches in Chicago, I have never heard about Law Day, at any of the marches or elsewhere.)
Durbin then mounted a rather bizarre defense of his participation in the rally--on free speech grounds:

Rebelpundit: There is a large contingent of Communist Party USA, anarchists, international socialist groups here today that you just spoke to...
Durbin: How do you know that?
Rebelpundit: Because I've filmed them all day, and you just spoke to them, so I'd like to ask about your participation, why you decided to come out today?
Durbin: Well let me just say something, because [pause] I believe in the Constitution. Do you believe in it?
Rebelpundit: Because you believe in the Constitution you decided to come out to a rally full of communists and socialists?
Durbin: And you know why?
Rebelpundit: Why?
Durbin: Because we have freedom of speech in America, and that's why you can record this and not be arrested.
RebelPundit: You think I should be arrested?
Durbin: No, not at all, you have a right to your constitutional rights, and I do, too. 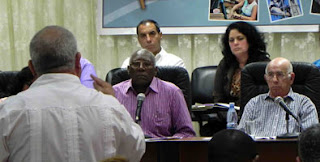 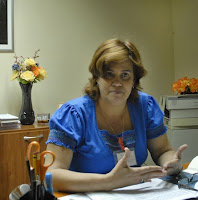 cbc.ca
NHL players have moved a step closer to dissolving their union.
A vote of the NHL Players' Association membership this week has given their union's executive board the power to file a "disclaimer of interest" until Jan. 2. A source confirmed the vote produced more than the two-thirds of membership support needed.
A union spokesman declined to comment on the "internal PA matter."
If the NHLPA's executive board elects to go ahead and file the disclaimer, the union will be dissolved and transformed into a trade association. That would allow players to file anti-trust lawsuits against the NHL.
The legality of the lockout is already set to be tried in a federal U.S. court after the NHL filed a class-action lawsuit last week against the NHLPA, which claimed the union was only using the threat of a "disclaimer of interest" as a bargaining tactic. The NHL also submitted an unfair labour practice charge with the National Labor Relations Board.
Negotiations between the league and union have been at a standstill since talks went off the rails on Dec. 6.
The NHLPA now appears set to follow the lead set by NFL and NBA players, who both dissolved their unions during lockouts last year. The NBA's labour dispute ended less than two weeks after the union was disbanded.
Jeffrey Kessler, the lead negotiator for the National Basketball Players Association in that dispute, believes the NHLPA would be wise to go ahead with the "disclaimer of interest."
"I think this is much more likely to lead to a settlement sooner," Kessler told The Canadian Press on Dec. 14. "The players have concluded that they are on the verge of possibly deciding that it is better not to be a union and using the anti-trust laws to attack the lockout, which all fans should be happy with because it'll work.
"I assume the fans would like the lockout to end."
The NHL doesn't share that view.
The league's Board of Governors discussed the possibility of a "disclaimer of interest" on Dec. 5 and commissioner Gary Bettman told reporters afterwards that the NHL didn't see it as a significant threat.
"The board was completely and thoroughly briefed on the subject," said Bettman. "And we don't view it in the same way in terms of its impact as apparently the union may."
Time is running short to save the NHL season. All games through Jan. 14 have been cancelled and a new deal would need to be in place by about that time to salvage a 48-game schedule, the minimum Bettman says needs to be played.
There are currently no talks scheduled between the sides.
Publicado por Unknown en 12/21/2012 10:16:00 p. m. No hay comentarios: Enlaces a esta entrada 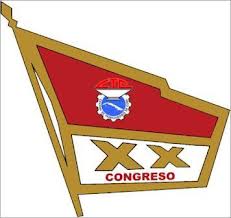 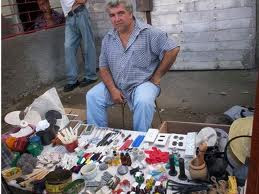 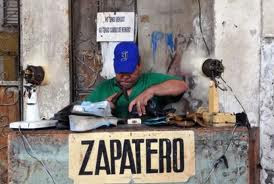 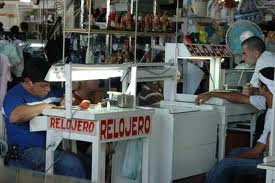 #US Labor for Friendship with #Cuba 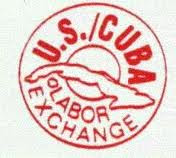 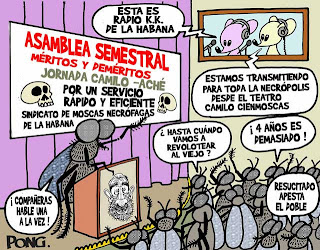