EW.com
An episode of Conan taped in Cuba will air in March, the show announced Sunday. Host Conan O’Brien was in and around Havana this weekend, according to the announcement, and the show will give viewers “a rare glimpse into the daily life of a country not often seen by American viewers.”
Per the announcement, this makes O’Brien the first U.S. late night host to film in the country since the U.S.’s 1962 embargo against it. Jack Paar interviewed Fidel Castro at the Havana Hilton in 1959.
The show will air March 4.
Publicado por Unknown en 2/16/2015 04:39:00 p. m. No hay comentarios: Enlaces a esta entrada

What's it like watching the World Cup from North Korea?

Claudio Lavanga/
ROME, Italy - James Gandolfini’s teenage son called for help after discovering his father collapsed in a bathroom, according to the manager of the Italian hotel where the “The Sopranos” star was staying. The Emmy-winning actor was later pronounced dead aged 51.
Gandolfini, who rose to fame as mob boss Tony Soprano on the hit HBO show, was still alive when the ambulance arrived, according to Antonio D'amore, who runs the Hotel Boscolo in Rome.
James Gandolfini, 1961-2013
Barry Wetcher
The award-winning actor made even brutal mob boss Tony Soprano seem likable, but that was far from his only role.
Gandolfini suffered a suspected heart attack in the bathroom of his hotel room at about 10 p.m. local (4 p.m. ET) Wednesday, according to D’amore.
He said Gandolfini’s son, Michael, was with him in the room and called for help. Hotel staff rushed to the room and found the actor on the bathroom floor, D'amore said.
Workers tried to resuscitate him but he was later pronounced dead at the Policlinico Umberto I hospital, which is about a three-minute drive from the hotel.
Gandolfini and his family were visiting Rome prior to his scheduled appearance on Saturday as guest of honor at the Taormina Film Festival in Sicily.
"He was a genius," said "Sopranos" creator David Chase. "Anyone who saw him even in the smallest of his performances knows that. He is one of the greatest actors of this or any time."
Gandolfini won critical acclaim, three Emmy Awards and three Screen Actors Guild awards for playing Tony Soprano from 1999-2007.
"We're all in shock and feeling immeasurable sadness at the loss of a beloved member of our family," HBO said in a statement. "He was a special man, a great talent, but more importantly a gentle and loving person who treated everyone no matter their title or position with equal respect. He touched so many of us over the years with his humor, his warmth and his humility. Our hearts go out to his wife and children during this terrible time. He will be deeply missed by all of us."
Although a New Jersey native, Gandolfini didn't expect to land the role of Tony Soprano. "I thought that they would hire some good-looking guy, not George Clooney but some Italian George Clooney, and that would be that," he told Vanity Fair in 2012.
But instead, it was Gandolfini who got the nod, and he made viewers care about a mob boss who could order the murder of a family member one minute and turn around and tenderly feed the ducks that swam in his estate's swimming pool the next.
"I think you cared about Tony because David was smart enough to write the Greek chorus, through (Soprano's psychiatrist) Dr. Melfi," Gandolfini said. "So you sat there and you got to see his motives, what he was thinking, what he was trying to do, what he was trying to fix, what he was trying to become. And then you saw it didn’t really work out the way he wanted it to."
Actress Lorraine Bracco, who played Melfi, said in a statement,"We lost a giant today. I am utterly heartbroken."
TODAY.com's Gael Fashingbauer Cooper and NBC News' Alastair Jamieson contributed to this report.

Stewart responded, "Uh, it's actually quite easy."
Later, when Wallace argued that a clip about Sarah Palin from the Daily Show was political commentary, Stewart told Wallace, "You're insane... Here's the difference between you and I. I'm a comedian first. My comedy is informed by an ideological background, there's no question about that. But the thing that you will never understand...is that Hollywood, yeah, they're liberal, but that's not their primary motivating force. I'm not an activist. I am a comedian."
"Do I want my voice heard?" Stewart continued later. "Absolutely, that's why I got into comedy. Am I an activist, in your mind? A partisan ideological activist?" Wallace responded, "Yeah." "Okay, then I disagree with you," Stewart said. "You can't understand, because of the world that you live in, that there is not a designed ideological agenda on my part to affect partisan change because that's the soup you swim in. And I appreciate that, I understand it. It reminds me of in ideological regimes, they can't understand that there is free media other places because they receive marching orders."
However, it was in a later exchange that Stewart got actually angry at Wallace, as he talked about what he called the misinformation that Fox News gave its viewers.
"The embarrassment is that I'm given credibility in this world because of the disappointment that the public has in what the news media does," he said.
"I don't think our viewers are the least bit disappointed with us," Wallace said. "I think our viewers think, finally, they're getting somebody who tells the other side of the story."
"Who are the most consistently misinformed media viewers?" Stewart shot back, his voice rising. "The most consistently misinformed? Fox, Fox viewers, consistently, every poll."
Publicado por Unknown en 6/20/2011 12:22:00 p. m. No hay comentarios: Enlaces a esta entrada 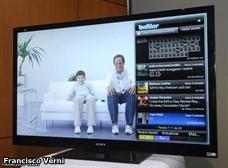 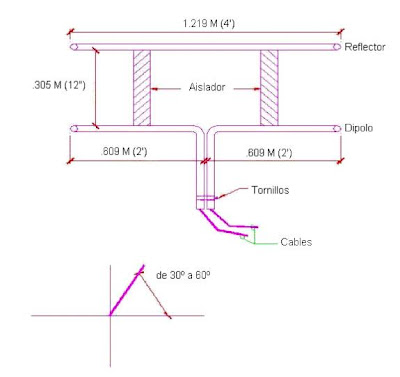