FLAGSTAFF, Ariz. — The last of the 29 Navajos who developed a code that stumped the Japanese during World War II has died.
Chester Nez, of Albuquerque, New Mexico, died Wednesday morning of kidney failure, said Judy Avila, who helped Nez write his memoirs. He was 93.
Before hundreds of men from the Navajo Nation became Code Talkers, 29 Navajos were recruited to develop the code based on the then-unwritten Navajo language. Nez was in 10th grade when he enlisted, keeping his decision a secret from his family and lying about his age, as did many others.
"It's one of the greatest parts of history that we used our own native language during World War II," Nez told The Associated Press in 2010. "We're very proud of it."
Nez has said he was concerned the code wouldn't work, but even the few Navajos who spoke the language couldn't understand the code. It proved impenetrable.
The Navajos trained in radio communications were walking copies of the code. Each message read aloud by a Code Talker was immediately destroyed.
"The Japanese did everything in their power to break the code but they never did," Nez said in 2010.
After World War II, Nez volunteered to serve two more years during the Korean War. He retired in 1974 after a 25-year career as a painter at the Veterans hospital in Albuquerque.
Nez was eager to tell his family about his role as a Code Talker, Avila said, but he couldn't. Their mission wasn't declassified until 1968.
The accolades came much later. The Code Talkers now are widely celebrated. The original group received Congressional Gold Medals in 2001, and a movie based on the Code Talkers was released the following year.
Despite having both legs partially amputated, confining him to a wheelchair, Avila said Nez loved to travel and tell his story.
Funeral arrangements are pending.
Publicado por Unknown en 6/04/2014 04:12:00 p. m. No hay comentarios:

By Alexander Smith, NBC News contributor
Deaf people watching the Nelson Mandela memorial were bemused and shocked by a "fake" sign language interpreter on stage whose gestures were unintelligible, activists said Wednesday.
The interpreter was watched by millions as he stood beside speakers at the event including President Barack Obama.
Hundreds of people took to social media to express their anger at the interpreter's gestures, and several deaf groups confirmed his signing did not reflect the comments being made to honor the anti-apartheid icon.
Paul Breckell, chief executive of the U.K.-based charity Action on Hearing Loss, told NBC News: "We are shocked by the quality of sign language interpretation at Nelson Mandela’s memorial -- if it could be called interpretation at all."
He added that "the limited number of signs, the amount of repetition, lack of facial expressions and huge gaps in translation meant that deaf or hard of hearing people across the world were completely excluded from one of the biggest events in recent history."
Among the first to express their dissatisfaction was Wilma Newhoudt-Druchen, the first deaf woman to be elected to the South African parliament, who tweeted that the signing was "rubbish," adding: "He cannot sign. Please get him off."

Fox News
LOS ANGELES –  Samuel L. Jackson has some words of wisdom for President Obama when it comes to his deliberate dropping of “g’s” off the ends of words to seemingly sound like Joe Average.
“First of all, we know it ain’t because of his blackness, so I say stop trying to ‘relate.’  Be a leader.  Be f**king presidential,” Jackson told Playboy magazine. “Look, I grew up in a society where I could say ‘It ain’t’ or ‘What it be’ to my friends. But when I’m out presenting myself to the world as me, who graduated from college, who had family what cared about me, who has a well-read background, I f**king conjugate.”
The 64-year-old actor, who stars this fall in the highly-anticipated remake of “Oldboy,” is also known in social media circles as the “grammar police.”
“On Twitter someone will write, ‘Your an idiot,’ and I’ll go, ‘No, you’re an idiot,’ and all my Twitterphiles will go, ‘Hey, Sam Jackson, he’s the grammar police.’  I’ll take that,” he continued. “Somebody needs to be. I mean, we have newscasters who don’t even know how to conjugate verbs, something Walter Cronkite and Edward R. Murrow never had problems with.  How the f**k did we become a society where mediocrity is acceptable.”
Raised in Tennessee, Jackson went on to note that he’s finally proud to acknowledge his Southern roots, and how his strict family upbringing put him in good stead.
“Looking back, I love the South so much, even though there was a time when I didn’t feel so proud of being from there. The sense of community there is unheard of in this day and age. The idea that it takes a village to raise a child—it works,” he said. “The one thing my family insisted on was, don’t embarrass us. Don’t make us come to jail, because though we will come to see you, we’re going to leave you there. It just wasn’t an option for me. I was more afraid of the people I lived with than the people I ran with.”
The famed actor also staunchly defended director Quentin Tarantino’s controversial use of the “N” word in last year’s hit “Django Unchained.”
“These 20-somethings can’t turn around and tell me the word n**ger is f**ked-up in ‘Django’ yet still listen to Jay Z or whoever else say ‘n**ger, n**ger, n**ger’ throughout the music they listen to,” he told the men’s magazine. “You can’t have it one way and not the other. Saying Tarantino said ‘n**ger’ too many times is like complaining they said ‘kike’ too many times in a movie about Nazis.”
However, there are a couple of things he says won’t do onscreen – not even for his buddy Tarantino. Maybe.
“Probably dress up as a woman and kiss another guy. I don’t think people want to see me do that,” Jackson added. “He hasn’t asked me, but you know what?  If it’s done right and the story is good, I might.”
Publicado por Unknown en 9/25/2013 03:31:00 p. m. No hay comentarios:

A team of researchers at UC San Francisco has uncovered the neurological basis of speech motor control, the complex coordinated activity of tiny brain regions that controls our lips, jaw, tongue and larynx as we speak. The work has potential implications for developing brain-computer interfaces for artificial speech communication and for the treatment of speech … more >>
Publicado por Unknown en 3/01/2013 11:56:00 a. m. No hay comentarios:

The Longest Word in English (Pronounced)

Is Your Language Making You Broke And Fat? 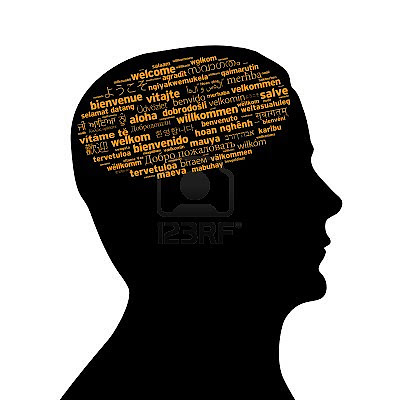 Julie Sedivy is the lead author of Sold on Language: How Advertisers Talk to You And What This Says About You. She contributes regularly to Psychology Today and Language Log. She is an adjunct professor at the University of Calgary, and can be found at juliesedivy.com and on Twitter/soldonlanguage.
-----------------------------------
Keith Chen, an economist from Yale, makes a startling claim in an unpublished working paper: people’s fiscal responsibility and healthy lifestyle choices depend in part on the grammar of their language.
Here’s the idea: Languages differ in the devices they offer to speakers who want to talk about the future. For some, like Spanish and Greek, you have to tack on a verb ending that explicitly marks future time—so, in Spanish, you would say escribo for the present tense (I write or I’m writing) and escribiré for the future tense (I will write). But other languages like Mandarin don’t require their verbs to be escorted by grammatical markers that convey future time—time is usually obvious from something else in the context. In Mandarin, you would say the equivalent of I write tomorrow, using the same verb form for both present and future.
Chen’s finding is that if you divide up a large number of the world’s languages into those that require a grammatical marker for future time and those that don’t, you see an interesting correlation: speakers of languages that force grammatical marking of the future have amassed a smaller retirement nest egg, smoke more, exercise less, and are more likely to be obese. Why would this be? The claim is that a sharp grammatical division between the present and future encourages people to conceive of the future as somehow dramatically different from the present, making it easier to put off behaviors that benefit your future self rather than your present self.
Chen’s paper has yet to be accepted for publication, but it’s already generated a lot of press of the sort that’s festooned with flashing lights. For example, in his popular blog, Andrew Sullivan headlined the story with the pronouncement Why Greeks Haven’t Saved for a Rainy Day. A facetious headline, no doubt. But before someone suggests that the European Union should make bailouts of troubled countries contingent on their retiring their grammatical tense markers, it’s worth taking a reality check about the ways in which language can or can’t affect the thoughts and behaviors of its speakers.
Claims about the tight coupling of language and culture are incredibly seductive. To many people, it’s intuitively obvious that dropping consonants in pronunciation is the mark of a lazy culture, that romancing someone is easiest in a language that’s intrinsically as soothing and soft as French, and that the disciplined German mind is in part a product of the strictly rigid and orderly German language. The trouble is, such intuitively obvious observations are bubbles just waiting to be burst by the sharp edges of actual linguistic evidence. As noted by Guy Deutscher, in his book Through the Language Glass, “the industrious Protestant Danes have dropped more consonants onto their icy, windswept soil than any indolent tropical tribe. And if Germans do have systematic minds, this is just as likely to be because their exceedingly erratic mother tongue has exhausted their brains’ capacity to cope with any further irregularity.”  More >>
Publicado por Unknown en 2/29/2012 11:19:00 a. m. No hay comentarios: