Allah in the Classroom — the ABC’s of Forced Conversion 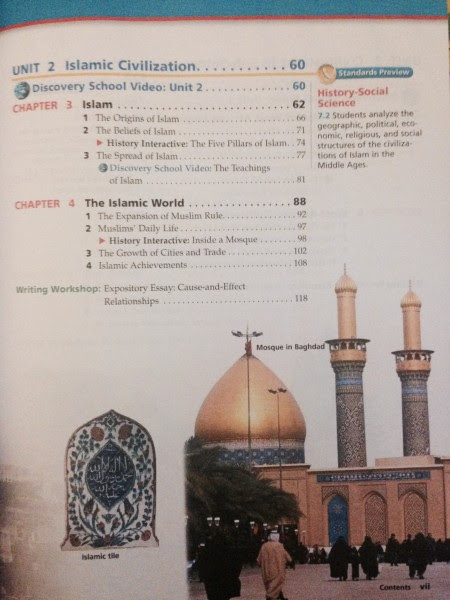 NewZeal
By: Terresa Monroe-Hamilton
NoisyRoom.net
Our children are our world as parents. They are the future of our nation. Most of us would gladly sacrifice all we have and our lives for our little ones. So, why do we so readily hand their learning and their care over to those that would abuse them and trick them into being part of the greatest evil the world has ever known? It figures that the young, innocent ones would be a prime target for Islam and are what they term, ‘fertile ground’ for their broken philosophy. Between such programs as Common Core, Connect All Schools and CSCOPE, CAIR has been ensuring that the textbooks that teach our children go out of their way to teach Islamic history and to have the children indoctrinated into Islam. CAIR has even gotten textbooks in private schools, charter schools and home schooling programs to include their revisionist history.
The Islamization of the curriculum and the school room itself in American schools is thoroughly covered by Pamela Geller at Atlas shrugs in her book: Stop the Islamization of America. Do buy and read the book and then home school your children after reviewing their ordered teaching materials. You should not be surprised either that Qatar is heavily vested in all this – they fund Connect All Schools and Common Core. On October 24th and 25th, hundreds of schools, leadership teams, and teachers from across the region gathered in Dubai, to learn about the Common Core State Standards, share curricula and best practices, and network with each other. Ask yourselves, why Dubai? Surely, Bill Gates and Jeb Bush know, since they are helping to fund it as well. They are very cozy with the Islamic states – all that money and power – motivation for selling out our children and country many times over.
Across America, in over 100 schools now, in Social Studies and World History classes, the proselytizing for Islam is being pushed and hard. It does not include the 1,400 year history of Jihadi wars, land appropriations, cultural genocide and enslavement, not to mention the extermination of the entire Jewish Banu Qurayza tribe of Arabia, as Pamela Geller puts it. What it does include, and what I find infuriating beyond words, is the Shahada and the Five Pillars of Islam. The Shahada is an Islamic creed declaring belief in the oneness of God and the acceptance of Muhammad as God’s prophet. It is recited to convert someone to Islam. That’s right… they are actively converting your children to their religion. Now, how do you feel about it? Then the little ones are forced to learn the Five Pillars of Islam.
Keep reading at  NewZeal >>
Publicado por Unknown en 11/03/2014 12:36:00 p. m. No hay comentarios:

Businessweek
The Havana Archdiocese said in its official magazine that it is running three-month workshops and a two-year degree program taught by clergy members on the basics of private business, including sourcing of materials, accounting and tax regulations.
The Catholic Church has been barred from participation in the Communist-run nation's system of universal free education, despite requests that it be allowed to run schools as it does in other countries. 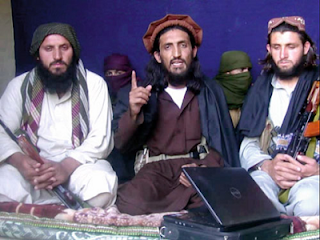 A high school online class in Florida has not only compared Christianity and Islam as fundamentalist groups, but apparently claims that terrorists act the way they do because of low self-esteem.Florida Virtual School

(FLVS) in World History stated: "Common traits that psychologists have found in terrorists are that they are often risk-takers and many suffer from low self-esteem. Sometimes joining a terrorist group provides these individuals with a sense of belonging."

A FLVS representative said that this passage and another which tries to equate the two religions by saying Christianity has sections in the Bible that "could be used to justify the slaughter of men…" cannot be altered or changed because they are part of Common Core standards. The school has denied this, as well as any intent to conflate the two religions or present a sympathetic portrait of terrorists.
The online class, with the topic 08.07 "Invisible Warfare: Objectives," is available to high school students. It starts with a definition of what a fundamentalist is, then proceeds to terrorism.
Publicado por Unknown en 5/29/2013 03:39:00 p. m. No hay comentarios:

responsebeacon
Some interesting news has broken in the wake of the latest push for gun control by President Obama and Senate Democrats: Obama sends his kids to a school where armed guards are used as a matter of fact.
The school, Sidwell Friends School in Washington, DC, has 11 security officers and is seeking to hire a new police officer as we speak.
If you dismiss this by saying, “Of course they have armed guards — they get Secret Service protection,” then you’ve missed the larger point.
The larger point is that this is standard operating procedure for the school, period. And this is the reason people like NBC’s David Gregory send their kids to Sidwell, they know their kids will be protected from the carnage that befell kids at a school where armed guards weren’t used (and weren’t even allowed).
Shame on President Obama for seeking more gun control and for trying to prevent the parents of other school children from doing what he has clearly done for his own. His children sit under the protection guns afford, while the children of regular Americans are sacrificed.
More on www.breitbart.com >>
Publicado por Unknown en 12/26/2012 10:20:00 a. m. No hay comentarios: