Shock report: Cuba is not the medical paradise advertised

Save the mythology surrounding the idea that Scandinavia is a veritable socialist paradise, the left covets no other fable more dearly than they do the notion that communist Cuba serves as a model for what centralized health care can and should be.
Neither is true, and countless reports and studies have debunked both myths. But still they refuse to die. Among the few benefits associated with President Barack Obama’s decision to unilaterally relax trade and travel restriction with Cuba will be the disillusionment of the American leftists who travel to Cuba expecting to encounter a medical wonderland. They will be underwhelmed by what they find.
According to a study conducted by the group International SOS ranking every nation on Earth for the risks associated with seeking health care inside their borders, Cuba was among the many “high risk” (colored orange) nations for visitors who happen to fall ill while traveling abroad.
In fact, travelers are more likely to receive proper medical care in nations like the Dominican Republic, Mexico, Panama and Colombia than they are to get sound care in Cuba.
The Washington Post was incredulous:
“Cuba, for instance — a country whose doctors are internationally renowned– was classified as a ‘high risk’ country in the Americas,” The Post’s report read.

As WorldViews observed earlier, a 2008 Bulletin of the World Health Organization pointed to impressive improvements that the country had made in certain health indicators in the last 30 years. By 2008, Cuba was not only able to meet domestic medical demand, but also trained 20,000 foreign doctors and nurses per year. What are the reasons for SOS International’s concerns?
Although the organization did not give explanations for individual countries it defined “high risk” nations more generally. Emergency services that are only inconsistently available in remote areas, limited access to quality prescription drugs as well as the threat of serious infectious diseases are among the characteristics of risky travel destinations, according to the organization. Hence, visiting Cuba might be safe if you restrict your travels to major cities, but trips to rural areas could be much more dangerous than one would expect.

So, travelers who happen to fall ill in Havana might be lucky enough to receive relatively high quality care, whereas the tourist (and the average Cuban citizen) in a Hatillo is unlikely to find excellent medical care. How is that possible if Cuba is not only bragging about its health care facilities and doctors but exporting them as a commodity? Because this is a centrally planned economy, silly. And health care is a showpiece feature of that economy as well as a source of badly needed foreign income.
“Many Cubans complain that top-level government and Communist Party officials have access to VIP health treatment, while ordinary people must queue from dawn for a routine test, with no guarantee that the allotted numbers will not run out before it is their turn,” Lucia Newman, a former Cuban resident, wrote for Al Jazeera in 2012. “The system is free, but it is neither fast nor efficient for two important reasons. One is obviously the lack of financial resources, and the other – which is related to the first – is the “export” of doctors, nurses and dentists in exchange for hard currency.”
“Over the years, I have heard many complain about the deteriorating quality of the services offered. One of the problems is that no small number of Cuban doctors have left the country looking for better opportunities abroad,” she added. “They are considered deserters.”
But who could blame them, considering that Cuban doctors are paid by the state an average of between $30 and $50 per month for their services.
None of this will be a problem for the anticipated new industry of American medical tourism to Cuba, where wealthy and credulous urbanites will fly to Havana for the thrill of exotic surgery. They will get the best care that this island prison nation can provide, of course, but only at the expense of the indigenous people. No worries. Presumably those kind-hearted liberals who travel to Cuba to take advantage of their progressive country’s services have the very best intentions.
Publicado por Unknown en 2/20/2015 08:11:00 p. m. No hay comentarios: Enlaces a esta entrada

Restoring diplomatic relations with Cuba: What it means for American [& Cuba] medicine 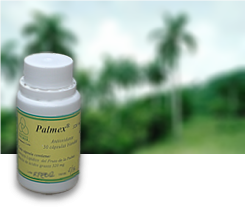 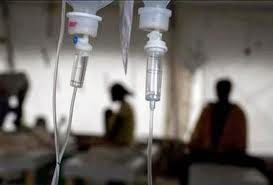