The Texas State Board of Education (SBOE) wrapped up their decision to maintain Mexican American studies on an elective status and not to elevate it into mandated coursework on April 11 despite a strong push from activists, who also worked overtime in creating a false perception that Texas was living in the Stone Age by not offering ethnic study classes at all.  Breitbart Texas reported on the situation; however, a lot of other headlines rallied behind this erroneous narrative. 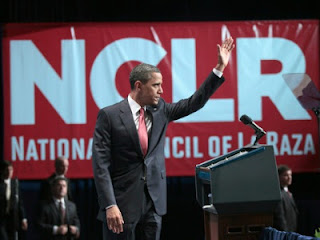 The federal government's Office of Personnel Management (OPM) has partnered with the National Council of La Raza to encourage more Hispanics to apply for higher positions within the U.S. government.

La Raza, whose name translates to "The Race," will sponsor a workshop to help members fill jobs in the Senior Executive Services (SES). These are special management positions with salaries often exceeding $200,000 in cash and benefits annually.
A public notice from OPM makes the partnership official:

The National Council of La Raza (NCLR) is hosting a series of leadership development workshops geared towards Federal employees on July 23, 2013, in New Orleans, LA. These workshops are a part of the 2013 NCLR Annual Conference from July 20-23, 2013. The workshop topics on July 23rd will include an overview of the Senior Executive Service (SES) and instruction on how to prepare and apply for a SES position.

OPM also notes that current federal employees can get paid to attend the workshop hosted by the Hispanic group.

The five (5) hours dedicated to the leadership development workshops on July 23rd qualify as training in compliance with 5 U.S.C. chapter 41 and are open to all Federal employees.