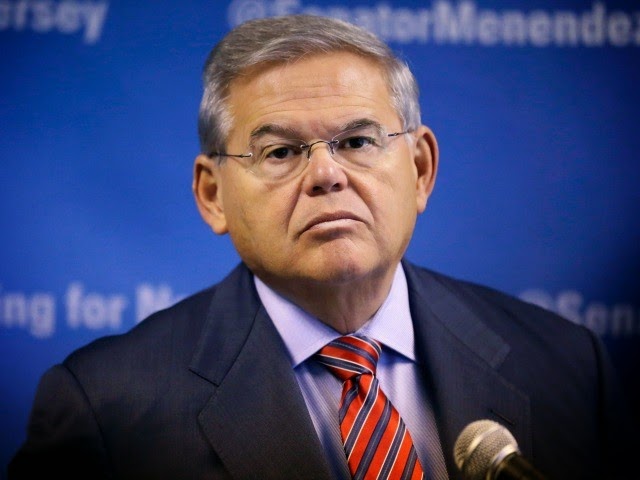 “The government’s case centers on Menendez’s relationship with Salomon Melgen, a Florida ophthalmologist who the senator has called a friend and political supporter,” CNN reports. “Melgen and his family have been generous donors to the senator and various committees the senator is associated with.”
Breitbart News investigative journalist Matthew Boyle first broke the Menendez scandal while working for The Daily Caller before the 2012 election, right before he came to work for Breitbart News, and Breitbart News has been reporting on this story for more than two years. In Jan. of 2013, for example, Breitbart News wrote that “Menendez’s staff admitted the senator flew to the Dominican on Melgen’s private plane on three occasions and told NBC News’ Michael Isikoff that Menendez stays at Melgen’s villa while there about twice a year.”
The pair’s involvement in a “Dominican port security deal reads like the plot of a Hollywood movie,” as Breitbart News detailed in March of 2013. When Menendez was up for reelection, Breitbart News reported that Melgen donated more than $700,000, and also gave generously to New Jersey county Democratic committees.
Melgen has had legal problems of his own. “Earlier this year, the FBI raided the medical offices of Dr. Salomon Melgen, seizing documents to investigate suspicions that he was overbilling Medicare,” Breitbart News reported in Feb. 2013.
The potential indictment comes after Democrat Menendez publicly disagreed with the Obama administration on two high profile issues: its Cuba policy and its Iran policy.
Publicado por Unknown en 3/06/2015 04:14:00 p. m. No hay comentarios: 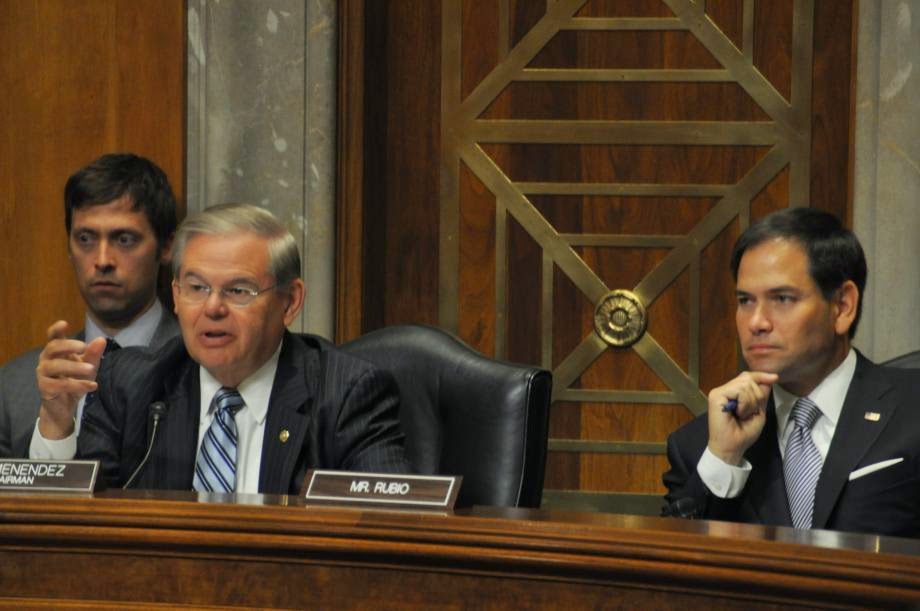 From The Miami Herald:

The first in a series of congressional hearings examining the potential impact of President Barack Obama’s new Cuba policy gets underway Tuesday in the Senate.

Later in the week, the action switches to the House with two hearings: the main show — “Assessing the Administration’s Sudden Shift’’ — before the Committee on Foreign Affairs on Wednesday and a subcommittee hearing on human rights in Cuba on Thursday.

The common theme for this week’s hearings seems to be whether Obama gave away too much without getting enough from Cuba as the two countries work toward restoring diplomatic relations.

In an opinion piece he wrote Monday for CNN, Rubio recalled a line from The Godfather Part II in which mob character Michael Corleone responds to the demands of a U.S. senator by saying, “My offer is this: nothing.”

“In recent months, I’ve made clear that I believe the president and his allies in Congress are misguided for supporting a policy that gives away practically all the leverage the United States has to bring about democratic change in Cuba in exchange for virtually nothing,” wrote Rubio.

The senator said he wants answers on what the administration has done to secure the repatriation of an estimated 70 fugitives from U.S. justice who now live in Cuba as well as “what exactly the Castro regime has done in exchange for Obama’s softening of travel and banking regulations that will now allow more U.S. dollars to fill the Castro regime’s coffers.”

Rubio, who is testing the waters for a possible presidential run, called the hearing the same day he assumed the subcommittee chairmanship last week.

Among those scheduled to testify at the Senate hearing are Assistant Secretary of State for Western Hemisphere Affairs Roberta Jacobson, who recently headed the U.S. delegation during normalization talks in Havana, and Tomasz Malinowski, assistant secretary for democracy, human rights, and labor.

Rosa María Payá, of the Cuban Christian Liberation Movement, also is scheduled to testify. She is the daughter of Oswaldo Payá, one of Cuba’s most respected dissidents when he died in a mysterious 2012 car crash.

There’s expected to be an overflow crowd when the House Foreign Affairs Committee convenes at 10 a.m. Wednesday.

“The Obama administration’s sudden shift on Cuba policy raises many concerns, including how hard the United States pressed the Castro regime on its abysmal human-rights record during the secret White House negotiations that cut out the State Department,” said Republican Rep. Ed Royce, a Californian who chairs the Committee on Foreign Affairs.

“I look forward to hearing from State, Treasury, and Commerce and questioning the basis for normalizing relations with an unworthy regime that continues to detain dissidents,” she said.

In the letter, Sen. Menendez wrote: “I would like to reiterate my concerns about the U.S. Chamber of Commerce’s trip and the desire to strengthen its relationship with the Government of Cuba – a government that jails foreign business leaders without justification, violates international labor standards, and denies its citizens their basic rights. Such conditions hardly seem an attractive opportunity for any responsible business leader.”

The letter can be found below:

I write to express my serious concern about the Chamber of Commerce's trip to Cuba and its efforts to promote and enhance engagement with the Cuban regime, which controls nearly all economic activity in the country.

While the Cuban government may be undertaking cosmetic changes in an attempt to attract badly-needed foreign investment and revive an economy that has suffered from a half-century of chronic mismanagement, I believe it is imperative to detail the frequently hostile operating environment that international business leaders have encountered in Cuba.  The case of British businessman Stephen Purvis of Coral Capital is an irrefutable reminder of the ongoing risk faced by foreign businesses working in the country.  Although Coral Capital was one of the largest private investors in Cuba – working closely with the Cuban government to renovate the Saratoga Hotel and develop the Bellomonte Country Club – the government eventually turned on Mr. Purvis, accused him of espionage and breaches of financial law, seized all of his assets, and imprisoned him for 16 months prior to his release in July 2013.

It is important to emphasize that Mr. Purvis’ misfortune is hardly uncommon. Canadian citizen, Cy Tokmakjian, President and CEO of the Tomakjian Group, has languished in a Cuban prison for nearly three years and still awaits trial. After providing the Cuban government with transportation, mining and construction equipment for several years, Mr. Tokmakjian was jailed in September 2011.  The Cuban government seized his personal assets and those of his business, but never formally charged him with any wrongdoing. These examples are a clear indication of the complete lack of protection for foreign investment in Cuba, and should serve as a sharp warning for any company, including any U.S. business group, studying conditions in the country.

Furthermore, I am deeply concerned about the U.S Chamber of Commerce’s willingness to seek out a relationship with a regime that is in constant violation of international labor rights. More specifically, the Cuban government’s labor and employment practices are in direct violation of International Labor Organization (ILO) conventions on freedom of association, collective bargaining, discrimination, the protection of wages, and the abolition of forced labor. Regrettably, Cuba’s recent foreign investment law makes no efforts to bring the country’s poor labor conditions into accordance with international standards and, therefore, bears a paradoxical implication – it proposes beneficial changes for the state but ultimately ignores the benefits of the people.

Lastly, as codified by Congress, U.S. law stipulates specific conditions before the lifting of commercial and financial sanctions against Cuba can occur. These conditions are contingent upon the unconditional release of political prisoners and the implementation of guarantees for internationally recognized civil, political and economic rights – none of which have been met. In fact, according to the Wall Street Journal 2014 Index of Economic Freedom, Cuba ranks as the world’s second most repressive country, just one place above North Korea.

In closing, I would like to reiterate my concerns about the U.S. Chamber of Commerce’s trip and the desire to strengthen its relationship with the Government of Cuba – a government that jails foreign business leaders without justification, violates international labor standards, and denies its citizens their basic rights.  Such conditions hardly seem an attractive opportunity for any responsible business leader.