How the feds snoop: What happens when you hit send on your email

usnews
By Stephanie Gosk and Jeff Black, NBC News
The Internet makes it easy to send information to far flung places in an instant – hit “send” and poof there it goes. But where does that information go, how does it get there and who gets access to the data?
Every second of every day billions of bits of data speed through an elaborate network, many created and controlled by companies such as Yahoo and Google.
Indeed, the latest leaks from former NSA contractor Edward Snowden, first reported by the Washington Post and confirmed by NBC News, say that NSA has tapped into Google and Yahoo's data cables and vacuumed up emails and phone records, although security official say Americans are filtered out.
Big tech companies — among them Facebook, Microsoft, AOL and Apple, in addition to Google and Yahoo — say the worry they’re losing an arms race to secure their users’ information and have called on new laws to stop U.S. intelligence agencies from breaking into data centers.
Those data centers, often misleadingly called the “cloud,” in reality have nothing ethereal about them. They’re thousands of miles of cables and high-tech switchers and computers. They’re warehouse-sized buildings that hum with servers to collect and store huge reams of data.
“For your email account you know you can have years worth of data stored in your account,” Kim Zetter of Wired magazine told NBC News.
Google alone has six such large datacenters in the United States, and another seven are overseas.
“A lot of people think if I'm in the U.S., my data is stored in the U.S., and that's really not the case,” Zetter said.
Jim Stickley, a cyber security expert, said it's those cables where the vulnerability lies.
“You have thousands and thousands of miles of cable out there of this fiber optic cable,” Stickley said. “And so presumably the NSA has founds somewhere to gain access to this cable and physically attach some sort of device to capture date on this network.”
On Thursday, Google issued a statement, which said, in part: "We are outraged at the lengths to which the government seems to have gone to intercept data from our private fiber networks"
Google said it is now working to encrypt its high-speed fiber optic lines in order to counter NSA snooping.
But even if that company’s system is secure, it’s clear that these internet giants have become the gatekeepers of our digital lives.
“We have put all of our digital eggs into their baskets, they're not in ours anymore,” Lee Tien of the Electronic Frontier Foundation told NBC News. “and whether that's wise in terms of privacy and security is, I think, a very open question.”
Bruce Schneier, a Harvard Law School fellow who writes frequently on cybersecurity, said there's only one sure fire way to protect yourself from snooping, and it’s an idea most people won’t like: Give up your email.
“You cannot be on the systems. That’s what you can do,” he said in a telephone interview. “Whenever you go into a cloud, you have to trust the cloud provider. There’s nothing you can do. It’s not your data. It’s their data.”
One reason there is so much data collection, Schneier said, is that “Surveillance is very, very cheap, that’s the problem."
He added, "Adding encryption makes surveillance more expensive, Which means they can’t do it as much.”
So, for anyone feeling a little digitally vulnerable, there appears to be only one way around it:  Write a letter and get a stamp.
Andrea Mitchell and Erin McClam of NBC News contributed to this report.
Related:
NSA, British intelligence secretly tapped into Google, Yahoo cable links, officials say 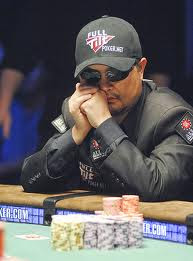 SAN FRANCISCO — Yahoo co-founder Jerry Yang is leaving the struggling company.
The surprise departure, announced Tuesday, comes just two weeks after Yahoo Inc. hired former PayPal executive Scott Thomson as its CEO.
Yang expressed his support of Thompson in his resignation from Yahoo's board of directors. He had been on Yahoo's board since the company's 1995 inception.
Yang is also stepping down from the boards of China's Alibaba Group and Yahoo Japan. Yahoo is negotiating to sell its stakes in both companies. More >>
Publicado por Unknown en 1/17/2012 05:51:00 p. m. No hay comentarios:

Yahoo to lay off more than 600 staffers

Yahoo to lay off more than 600 staffers: Sources