The Washington Post
HAVANA — On an island where most people have no Internet access, the arrival of mobile phone email service was embraced with joy.
Tens of thousands of Cubans began emailing like crazy in March — for days, until the service started to fail, taking much of Cuba’s already shaky voice and text-messaging mobile service down with it
The island’s aging cellphone towers became swamped by the new flood of email traffic, creating havoc for anyone trying to use the system. Users had to make eight or nine attempts to successfully send an email. Even voice calls by non-subscribers’ began to drop mid-conversation. Callers sounded like they were phoning from the bottom of the sea. Ordinary text messages arrived days late, or not at all.
Since then, the state telecom monopoly Etecsa has issued a rare apology and the troubles have eased. But problems with the service, dubbed Nauta, offer a rare window into the Internet in Cuba, where the digital age has been achingly slow to spread since arriving in 1996, leaving the country virtually isolated from the world of streaming video, photo-sharing and 4G cellphones.
Cuba’s government blames the technological problems on a U.S. embargo that prevents most American businesses from selling products to the Caribbean country. Critics of the government say it deliberately strangles the Internet to halt the spread of dissent. Other observers offer a less political explanation: a government desperate for foreign exchange is investing little in infrastructure improvements while extracting as much revenue as possible from communications services largely paid for by Cubans’ wealthier overseas relatives.
Experts say that last explanation appears to be the primary culprit in the case of Nauta, in which the government tried to open connections with the world but floundered due to apparent poor planning and underinvestment.
“Cuba is extremely broke,” said Larry Press, a professor of information systems and expert on Cuban telecommunications at California State University, Dominguez Hills. “If they had access to tons of capital they would probably expand (Internet service) further.”
About 100,000 people — around 5 percent of Cuban cellphone users — had subscribed to the service even though it cost 50 times that of many U.S. data plans.
Radio scriptwriter Lisandra Ayala, 36, stood in line for hours in March outside an Etecsa office, dreaming of zipping emails back and forth with her favorite cousin in Canada. Like many Cubans, she has long had a smartphone — a status symbol frequently brought in by visiting relatives.
She paid $1.50 to sign up for a Nauta contract that was supposed to let her send emails with the ability to attach photos, but not send video or check the Web. Even the price of $1 per megabyte, many times higher than in virtually any developed country, didn’t deter her.
“I was so excited at first, but then the experience turned into a total disaster,” Ayala said. After a week of decent service, she found it impossible to open the icon for Nauta without trying at least six times; voice calls dropped or didn’t go through and text messages disappeared mid-air.
“We have been preparing for more than a year,” Hilda Arias, director of Etecsa, told official media late last month. “Customers’ expectations really exceeded our vision ... this provoked an overload.”
She promised that the situation would improve, albeit slowly.
With cellular rates as high as 35 cents a minute for domestic calls, Etecsa earned roughly $500 million last year, revenue that’s been rising slowly since 2008, according to Emilio Morales, a systems engineer who heads the Miami-based Havana Consulting Group, a private consultant that analyzes Cuba’s scanty public information about government revenues and operations to produce estimates widely considered reliable by Cuba-watchers.
“There are few businesses in Cuba that work as well as Etecsa,” he said.
The group’s studies show that 54 percent of payments to Etecsa come directly from the Cuban diaspora. Morales believes Cubans pay much of the rest out of the estimated $2.6 billion a year in remittances from abroad. And, while most state workers only make $20 a month, a new class of roughly 400,000 independent businessmen and their employees also make heavy use of cellphones for advertising with text-message as well as ordinary business calls.
Authorities here say they are trying to offer a range of new Internet services by year’s end, including mobile Web access and unrestricted home Internet access, currently limited to select government officials and employees of foreign businesses and embassies.
But customers remain wary.
“Nauta failed and stopped the whole mobile communication system from working properly,” said Indira Perez, a 24-year-old university employee “If they don’t prepare themselves better when they want to broaden Internet access, it’s going to be total chaos.”

If The Internet Disappeared: Pornography Finds A Way

The following is the sixth entry we've published from a journal found in a dumpster in Bayside, New York. Little is known about its origin, but judging from the title "Notes from the Internet Apocalypse, 2013," it comes from the future. Oh, and Gladstone wrote it. We do know that. But the Gladstone we know or future Gladstone? It's almost impossible to say. Nevertheless, it is reprinted here as a cautionary tale ...

If The Internet Disappeared: Finding Answers Without Google

If The Internet Disappeared: Finding Answers Without Google

The following is the third entry we've published from a journal found in a dumpster in Bayside, New York (read the first two here, and here). Little is known about its origin, but judging from the title "Notes from the Internet Apocalypse, 2013," it comes from the future. Oh, and Gladstone wrote it. We do know that. But the Gladstone we know or future Gladstone? It's almost impossible to say. Nevertheless, it is reprinted here as a cautionary tale ...
Read more: http://www.cracked.com/blog/if-internet-disappeared-finding-answers-without-google/#ixzz1ERyQuFfP
Publicado por Unknown en 2/19/2011 06:27:00 p. m. No hay comentarios: Enlaces a esta entrada

Congress considers internet 'kill switch'/ Could the U.S. shut down the internet?

Could the U.S. shut down the internet? 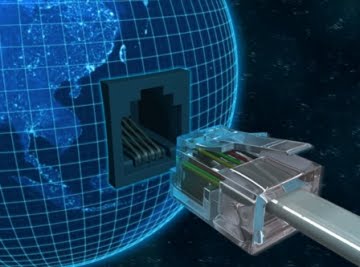