complaciendo peticiones reiteradas publicamente por diaz-canel recientemente. podran a radio marti a transmitir la mesa re-tonta y a silvio "unicornio" rodriquez.
---------------------
Along the Malecón/ Tracey Eaton
The Broadcasting Board of Governors plans to meet on April 29 to discuss the Office of Cuba Broadcasting, the agency announced today.
The OCB will give a presentation on its operations and activities. The BBG will also consider a report to be submitted by Interim CEO/Director André Mendes.
A BBG announcement stated:

The public may attend any or all of these sessions in person by registering here by 12:00 p.m. (EDT) on April 28. The meeting will also be streamed live on the BBG website, www.bbg.gov.
The meeting is scheduled to begin at 9:00 a.m. Additional information, including any updates or adjustments to its starting time, will be posted on the BBG website. Minutes, documents and a video recording will be available after the meeting concludes.
For more information, please contact BBG Public Affairs at (202) 203-4400 or by e-mail at pubaff@bbg.gov.

Ronald Reagan backed the creation of a Radio Free Cuba to break Castro regime's information monopoly over the Cuban people beginning in 1981. In a 1983 address, President Reagan explained the importance of getting the truth to oppressed peoples:

The Soviets are terrified of the truth. They understand well and they dread the meaning of St. John's words: "You will know the truth, and the truth will set you free." The truth is mankind's best hope for a better world. That's why in times like this, few assets are more important than the Voice of America and Radio Liberty, our primary means of getting the truth to the Russian people.[...]  We've repeatedly urged the Congress to support our long-term modernization program and our proposal for a new radio station, Radio Marti, for broadcasting to Cuba. The sums involved are modest, but for whatever reason this critical program has not been enacted. Today I'm appealing to the Congress: Help us get the truth through. Help us strengthen our international broadcasting effort by supporting increased funding for the Voice of America, Radio Free Europe, Radio Liberty, and by authorizing the establishment of Radio Marti.

When it finally went on the air in 1985 Radio Marti marked a before and after inside Cuba. At the time President Reagan hoped that Radio Marti would ''help defuse the war hysteria on which much of current Cuban Government policy is predicated.'' The Castro regime's response was to end an immigration agreement and suspend the visits to Cuba by Cubans living in the United States.The Hoover Institution in 1989 listed it as one of a 100 conservative victories.

The White House in the current year's budget proposal advocated ending Radio Marti as a part of the Broadcasting Board of Governors, an independent federal agency. This would effectively gut the radio station and is the first step in getting rid of it. Apparently in the drive to engage the Castro regime the White House is willing to silence one of the few voices of free and uncensored information reaching the Cuban people.

The U.S. government did not protest when a Radio Marti reporter, who was properly accredited, was escorted out and expelled from a press conference by Cuban state security at the Summit of the Americas in Panama earlier this month and the Voice of America, apparently did not report on this. Thankfully CNN in Spanish did.
Publicado por Unknown en 4/19/2015 12:44:00 p. m. No hay comentarios: Enlaces a esta entrada

When the Berlin Wall came down, Eastern Europe liberated itself and the Soviet Union collapsed, the role of U.S. international broadcasting was universally recognized. In the wake of these world-changing events, Václav Havel, Lech Walesa, Boris Yeltsin and other new leaders insisted that Radio Free Europe (RFE), Radio Liberty (RL) and the Voice of America were central to the peaceful democratic transitions in their countries. Western broadcasts provided essential information to all those dedicated to change and helped accelerate that change. Cuba is approaching such a moment, and once again the United States has a powerful instrument in place to help shape the outcome.
Miami-based Radio and TV Martí was established in 1984 on the model of RFE and RL as a “surrogate” broadcaster to provide accurate information about developments in Cuba and the world otherwise denied to Cubans. The RFE/RL experience suggests that Martí’s role will become more important as diplomatic relations with Cuba are restored and cultural, educational and economic ties with the United States expand. With domestic media still tightly controlled, Cubans will turn to Martí for information on civil society, human rights protests, local opposition blogs, travel rules, economic developments, controversy within the regime — in short, for all domestic news and with a focus on voices from Cuba about Cuba.
This comprehensive surrogate media role will not be performed by CNN or other commercial media. Nor should it be viewed — as some U.S. diplomats have viewed RFE and RL from time to time — as an irritant to improved state-to-state ties. One day, when Cuba is as free and democratic as the former communist countries of Eastern Europe with their own thriving free media, Martí will not be needed. Until then, it can play a key role in fostering peaceful democratic transition in Cuba.
Martí has impact. Once derided for its unsuccessful efforts to telecast from an airplane flying just beyond Cuban airspace, TV Martí grounded that plane in May 2013. Its programs are now carried 24/7 on Hispasat satellite TV and on DirecTV, which penetrate not just Cuba but most of Latin America. Martí distributes both DVDs — 59,000 in 2014, and currently about 15,000 per month — and flash drives containing its radio and TV programs throughout Cuba, where they are copied and distributed by volunteer networks of activists, journalists, bloggers, members of opposition political parties and churches. Martí launched Reporta Cuba in May as a social platform that collects complaints and other information through dozens of citizen reporters across the island. And every day, Martí airs video packages produced on the island itself by independent video journalists denied access to Cuban media.
Martí also reaches Cubans on the Internet, almost nonexistent in Cuba only a few years ago. On the day President Obama announced his intention to reestablish diplomatic relations with Cuba, more than 27,000 visitors visited martinoticias.com for news, analysis and context. The president’s speech was broadcast live with simultaneous translation, and when prisoner Alan Gross landed on U.S. soil, his news conference was carried live to Cuba on Martí’s broadcast and Internet channels.
Martí programming is classic surrogate fare — information Cuban media would carry if it were free. Martí reports on the Cuban economy, including corruption, are among the only objective assessments anywhere. Martí provides extensive coverage of women’s issues, and it covers Cuba’s public health challenges. It devotes continual attention to the activities of dissidents and human rights advocates — such as the famous Ladies in White. News of its hemisphere — for example, protests in Venezuela — is a daily offering, and its special programming on media and a free press is extremely popular.
An indicator of Martí’s effectiveness is the efforts by the Cuban regime to block its programs. The regime continues to jam Martí radio broadcasts with some success, especially in Havana. But Martí has countered by buying time on commercial stations in Miami whose signals reach the island successfully. The regime also attempts to prevent access to the Martí Web site, which the Martí leadership circumvents by providing proxy servers.
No one should assume that Obama’s overture to Raúl Castro will result soon in a free press, any more than were Mikhail Gorbachev or Wojciech Jaruzelski ready to relax their control of Soviet and Polish media until domestic pressure forced them to do so. We should expect the Castro regime to fight tooth and nail to prevent media freedom, and it is likely that the regime will intensify measures to derail Radio and TV Martí as the broadcaster informs Cubans about the deepening crisis of the current system. Again, Radio Free Europe and Radio Liberty are precedents. Attacked and vilified by flailing regimes (Jaruzelski constantly complained to the U.S. Embassy about RFE Polish broadcasts), the Radio Frees doubled down and fulfilled their historic role.
Post-communist transitions may be protracted and suffer reversals. But we know from our experience on the front lines of U.S. international broadcasting that unforeseen events can enhance the role of surrogate free media and accelerate change. Obama’s decision to reestablish diplomatic ties with Cuba, regardless of whether it is followed by liberalization or more repression, is likely to be this kind of game-changer for Martí. This is the moment for which Radio and TV Martí were created. The White House and Congress should make available the resources necessary for Martí to provide Cubans with information that will help them gain their freedom.
Publicado por Unknown en 1/10/2015 09:18:00 a. m. No hay comentarios: Enlaces a esta entrada

The Daily Caller
Brendan Bordelon/
In an effort to bring objective news to communist-controlled Cuba, over the past six years the U.S. government paid over $24 million to keep aloft a plane beaming anti-Castro TV programming to the Caribbean island.
The only problem? Nobody’s watching.
The Cuban government has blocked the transmissions since the AeroMarti program began in 2007, making the broadcasts impossible to see or hear in all but the most rural parts of the country.
“The AeroMarti signal is effectively jammed in urban areas, and you just can’t receive it,” said Penn State University professor John Nichols in an interview with The Daily Caller News Foundation.
“If the intended audience is cows in the Cuban countryside, maybe there is some audience,” he continued.
The AeroMarti program is a subset of TV Marti, an operation run by the Broadcasting Board of Governors (BBG) Office of Cuba Broadcasting.
The plane normally flies near Cuba in a figure-8 pattern for hours while transmitting baseball games, local news and interviews with anti-Castro activists. In 2010 its budget was slashed from $5 million to $2 million, and the program was temporarily grounded following sequestration cuts that took effect earlier this year.
But it’s Congress that will ultimately decide AeroMarti’s fate. For the past two years, the BBG has asked lawmakers to cease funding the wasteful flights. “The signal is heavily jammed by the Cuban government, significantly limiting this platform’s reach and impact on the island,” they claimed in their fiscal year 2014 budget request.
Hard-liners in Congress, however, refuse to budge. Foreign Policy reports that Cuban-American lawmakers like New Jersey Democratic Sen. Robert Menendez and Florida Republican Rep. Ileana Ros-Lehtinen are among the program’s most ardent supporters.
Others in Congress oppose not only the AeroMarti program, but the entire slew of radio and TV programming under the Marti banner. “It’s hard to believe we are still wasting millions of taxpayer dollars on beaming a jammed TV signal – that fewer than 1 percent of Cubans can see – from an airplane to the island,” Arizona Republican Sen. Jeff Flake told Foreign Policy.
A spokesperson for the senator told TheDCNF that he views the entire program as “ineffective” and “not a good use of taxpayer dollars.”

US int’l broadcasting to Cuba 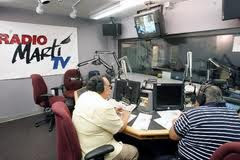 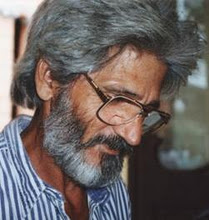 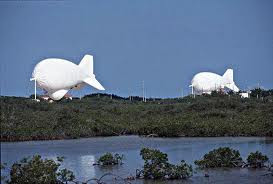