Friedrich Hayek and the Future of Liberty

Friedrich A. Hayek (1899-1992) left such a profound mark on economic and political thought that The New Yorker has called the 20th century, "The Hayek Century." After converting to free-market capitalism and classical liberalism in the 1920s, Hayek became one of socialism's and statism's staunchest critics. His 1944 bestseller, The Road to Serfdom, warned of central government planning's authoritarian, and even totalitarian, tendencies- and helped reignite worldwide interest in the philosophy and practice of freedom. Although Hayek's 1974 Nobel Prize in Economic Science brought renewed interest in his ideas, it wasn't until the collapse of the Soviet Bloc (which Hayek predicted) that his vast writings on economics, political philosophy, law, history, culture, and other fields became broadly recognized as essential to achieve a prosperous, humane and free society. Biographer Alan Ebenstein and economist Charles Baird shed light on Hayek's seminal legacy and the rebirth of freedom.
Publicado por Unknown en 1/08/2015 01:05:00 p. m. No hay comentarios: Enlaces a esta entrada Let’s get started with a quick recap:
Capitalism. Under this system an organisation can only survive in the market by looking after the customer. By delivering goods or services of the right quality at the right time at the right price. Otherwise they go bust.
Socialism. Under this system the state directs what goods and services will be delivered, what their quality will be and also the price. This cannot possibly exist in a market because competition would kill it, so monopolies are essential for it to function. Such organisations exist for the benefit of the state, not the customers. They cannot go bust because they can fix prices and rely on the state for subsidies of taxpayers money. Now let’s look at what assets and strengths Cuba has to enrich their people with: Contrast and compare with what Hong Kong has to offer:
As you can see Cuba has Hong Kong well beaten.
Cuba was capitalist until 1959, when Castro took over. So let’s have look at how things were then.
Now lets look how Hong Kong was doing (the then colony deliberately didn’t gather data and statistics!):
Once again you can see Cuba has Hong Kong well beaten.
From this basis the two economies took different courses. Socialist Cuba couldn’t produce sugar competitively against world prices. They were rescued by the Soviet Union who bought the entire sugar crop at subsidised prices so as to keep Cuba afloat. When the Soviet Union imploded this stopped and 100,000 sugar workers lost their jobs. Visit Cuba today and great swathes of fertile farmland lie unused. Much else in the economy was also trashed as huge socialist inefficiencies stopped anything working properly. There was very little investment in buildings or infrastructure. Cuba now and is mostly frozen in a 1959 timewarp, but in a state of decay and disrepair.
In 1961 a Britain, John James Cowperthwaite, became financial secretary of Hong Kong, which was still a very poor. He invented and implemented “positive non interventionism” a highly libertarian management of the economy. This worked like magic and between 1961 and 1997 Hong Kong’s gross domestic product grew to be 180 times bigger. Everyone who lived in Hong Kong was free to do anything they wanted. There was minimum tax and minimum government. Enterprise, investment, risk taking, entrepreneurship were everywhere. Success was rewarded. Hong Kong became the most dynamic economy in the world.

So how are things today in Hong Kong: And in Cuba:
So there you have the irrefutable facts. Socialism is utterly disgusting and immoral, it damages the lives of everyone it touches except those at the very top who become enormously rich. Capitalism, unfettered. delivers incredible results. It enable anyone to become very rich who wants to. All they have to do is provide customers with what they want. This is by far the most moral form of human organisation.
Critics say that Hong Kong is small and that such measures cannot be applied to a big economy. They are wrong. China looked at what Hong Kong was doing and it was copied there by Deng Xiaoping in the 1980s. We have all seen the meteoric growth in the Chinese economy since then.
Other critics say that Cuba’s economy was held back by being embargoed by its regional superpower, the USA. They forget that Hong Kong was also embargoed by its regional superpower, China.
The system of having minimum government is called a Night Watchman State, economist advocates call it minarchism. It allows maximum human freedom, people can build their lives undisturbed by government extortion, they take responsibility for themselves. It also ensure the maximum competition when you spend your money as a customer. So you get better goods and services at better prices. Everyone in society wins.
Given the evidence it is amazing that every country has not done this. It is also utterly beyond belief that anyone can be stupid enough to vote for a socialist government. Socialism is our enemy. The pope, capitalism and the far left - O'Reilly

Arianna Huffington, Richard Branson, and twelve other CEOs and past business executives are uniting in an effort to remake free enterprise by creating a “better version of capitalism, one that prioritizes people and planet over profit.”

The new group calls itself “the B team.”
“Plan A—the pursuit of short-term profit at the exclusion of everything else—isn’t working for anyone,” writes Huffington. “This is a moment of great possibility and opportunity for all of us to play our part in course-correcting, and leveraging the best parts of the spirit of business and entrepreneurship to bring about fundamental changes to the ways we do business—for the benefit of individuals, communities, and companies.”
Huffington’s involvement in the group’s effort to alter capitalism by putting people ahead of profits is likely to recall the 2011 progressive uproar that occurred when Huffington leveraged the work of her mostly unpaid thousands of bloggers and cashed out by selling the website to AOL. Union organizers and Huffington Post bloggers slapped Arianna Huffington with a $105 million class action lawsuit and vowed to make her “a pariah in the progressive community.”
“In my view, the Huffington Post’s bloggers have essentially been turned into modern-day slaves on Arianna Huffington‘s plantation,” said labor activist and former Huffington Post blogger Jonathan Tasini.
Tasini added: “She wants to pocket the tens of millions of dollars she reaped from the hard work of those bloggers….This all could have been avoided had Arianna Huffington not acted like the Wal-Marts, the Waltons, Lloyd Blankfein, which is basically to say, ‘Go screw yourselves, this is my money.’”
AOL bought Huffington Post for $315 million.
Publicado por Unknown en 6/20/2013 12:18:00 p. m. No hay comentarios: Enlaces a esta entrada

How Capitalist Are the Cubans?


Damien Cave is a New York Times correspondent based in Mexico City.

Richard Wolff: 'Capitalism Is Not Working' 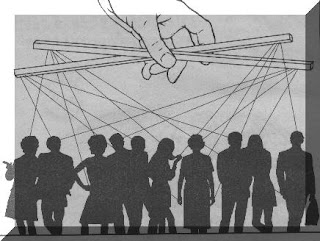 The Glazov Gang: The Invented People

Nikonov on Capitalism and Human Dignity

"Capitalism" comes to Cuba La nueva pelicula de Uwe Boll, director de "Alone in the Dark", "House of the Dead" and "Postal" sera exhibido en Cuba proximamente. Casualidad o oportunidad?
Synopsis: 1985. A crumpled ticket litters the stock market floor. Two traders have lost all of their client's money. They have 48 hours to earn it back, or they will lose something even more valuable.
Publicado por Unknown en 9/04/2008 01:38:00 p. m. No hay comentarios: Enlaces a esta entrada 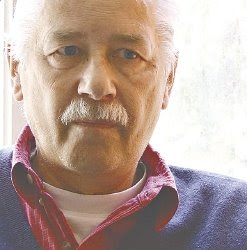