A mysterious giant virus buried for 30,000 years in Siberian permafrost has been resurrected.
The virus only infects single-celled organisms and doesn't closely resemble any known pathogens that harm humans.
Even so, the new discovery raises the possibility that as the climate warms and exploration expands in long-untouched regions of Siberia, humans could release ancient or eradicated viruses. These could include Neanderthal viruses or even smallpox viruses that have lain dormant in the ice for thousands of years.
"If they have been extinct for a long time, then our immune system is no longer prepared to respond to them." study co-author Jean-Michel Claverie, a bioinformatics researcher at Aix-Marseille University in France, wrote in an email.
In recent years, Claverie and his colleagues have discovered a host of giant viruses, which are as big as bacteria but lack characteristic cellular machinery and metabolism of those microorganisms. [Tiny Grandeur: Stunning Images of the Very Small]
In the researchers' hunt for more unknown pathogens, they took a second look at permafrost samples collected from Kolyma in the Russian Far East in 2000. Because the permafrost was layered along steep cliffs, drillers could extract samples from 30,000 years ago by drilling horizontally into the ice, thereby avoiding contamination from newer samples.
The team then took samples of this permafrost and put them in contact with amoebas (blob-like single-celled organisms) in Petri dishes. The researchers then waited to see what happened.
Some of the amoebas burst open and died. When the scientists investigated further, they found a virus had killed the amoebas. This pathogen belongs to a previously unknown family of viruses, now dubbed Pithovirus. It infects only amoebas, not humans or other animals.
The findings were published Monday in the Proceedings of the National Academy of Sciences.
— Tia Ghose, LiveScience
Publicado por Unknown en 3/04/2014 08:10:00 a. m. No hay comentarios: Enlaces a esta entrada

Smart refrigerators and TVs hacked to send out spam, according to a new report

NBC News.com
Julianne Pepitone
Et tu, refrigerator?
A new report shows cyberattacks aren’t relegated to laptops anymore: Now, even a fridge or a TV can send malicious emails.
Security firm Proofpoint has uncovered a cyberattack that involved the hacking of “smart” home appliances connected to the Internet. Hackers broke into more than 100,000 gadgets -- including TVs, multimedia centers, routers, and at least one fridge – and used the appliances to send out more than 750,000 malicious emails between December 23 and January 6.
The attack also included compromised laptops and tablets, but Proofpoint said about 25% of the emails were sent from appliances beyond the traditional Internet-connected gadgets.
According to Proofpoint, the cyberattack could be the first proven breach of the so-called “Internet of Things”: an exciting tech trend that promises a Jetsons-like future, with all of our home appliances and other gadgets connected to one another.
But as smart home devices – like Nest, the thermostat and smoke detector company Google bought for $3.2 billion this week – continue to grow more popular, Proofpoint’s report is a sobering reminder that anything connected to the Internet can potentially be hacked.
“The ‘Internet of Things’ holds great promise for enabling control of all of the gadgets that we use on a daily basis,” said Michael Osterman, principal analyst at messaging-focused research firm Osterman Research, wrote in Proofpoint’s report. “It also holds great promise for cybercriminals … to launch large and distributed attacks.”
To launch those types of large-scale attacks, hackers link up compromised devices to create what’s called a botnet: an army of “zombie” devices that attack other computers through tasks like overloading a website with traffic or, in this case, sending hundreds of thousands of spam emails.
These attacks can be more difficult to track as the world of Internet-connected devices expands far past laptops and tablets. In the attack Proofpoint detailed, no more than 10 emails were sent from any single IP address, making it tough to block based on location.
Perhaps worse: In “many cases,” the smart devices weren’t difficult to hack, according to Proofpoint. Instead, the appliances either were not set up correctly, or they used default passwords that were easy to find on public networks.
Proofpoint does have a vested interest in this issue, as a security firm that sells solutions to protect gadgets from such attacks.
But by 2020, research firm Gartner expects more than 30 billion Internet-connected devices will be in use worldwide – up exponentially from 2.5 billion in 2009.
As the Internet-connected world expands to thermostats, refrigerators and even window shades, so too grows the threat of potential cyberattacks -- even in the frozen foods aisle.
Publicado por Unknown en 1/18/2014 07:15:00 p. m. No hay comentarios: Enlaces a esta entrada

The Rainbow Virus: Imagine All the People Turning Blue and Green

Is Flame virus fallout a Chinese, Russian plot to control the Internet?

By Bob Sullivan
Has the U.S. government been caught with its virtual hands in the world's cookie jar? And might it lose control of the Internet as a consequence?
If you were among the forces on the planet wanting to wrest control of the Internet from the U.S.-friendly agencies that manage it, that's the story you'd surely want to tell.
But things are rarely what they seem.  The barrage of Flame news – including word that Flame and Stuxnet appear to have common authorship -- should not be viewed in a vacuum.
A group of nations led by China, Russia and several Middle Eastern countries would love to see the end of U.S. dominance over the operational control of the Internet, and these nations think they have found their vehicle for accomplishing that: A U.N. body called the International Telecommunications Union.

Iran is threatening to attack U.S. bases in the region with its missiles if it is attacked, but the reality is that the regime is already under attack. The latest all-but-certain covert operation is the deployment of sophisticated malware that is being called “The Flame.”  Its purpose appears to be the mass cultivation of intelligence and it is assessed to be 20 times more complex than Stuxnet, the original “cyber super-weapon” that ravaged Iran’s nuclear program.
The Flame has been discovered in seven Middle Eastern countries, though the number of infections found in Iran is more than the rest combined with 189 instances. There have been 98 infections detected in Israel and the Palestinian territories. Sudan was hit with 32 infections, a country whose regime is increasingly Islamist and friendly towards Hamas. There have been 30 infections found in Syria, 18 in Lebanon, 10 in Saudi Arabia and 5 in Egypt.
It is not believed at this time that the Flame targeted a specific industry or program like Stuxnet did. Instead, it is meant to act as the “the ultimate spy,” copying hard drive data, logging instant messages and other online communications, recording keystrokes, taking screenshots and even secretly turning on computer microphones to record nearby conversations. There is also the potential for sabotage because it can potentially delete information and change settings on computer systems, opening up doors for attack.
Publicado por Unknown en 5/30/2012 10:12:00 a. m. No hay comentarios: Enlaces a esta entrada

Researchers have identified a sophisticated new computer virus 20 times the size of Stuxnet, the malicious software that disabled centrifuges in an Iranian nuclear plant. But unlike Stuxnet, the new malware appears to be used solely for espionage.
Variously dubbed Flame, Skywiper and Flamer, the new virus is the largest and possibly most complex piece of malware ever discovered, which suggests it is state-sponsored, researchers said.
It is loaded with functions, but so far none appear to be destructive, they said.
As with Stuxnet, the creator of Flame remains a mystery, though some analysts say they suspect Israel and the United States, given the virus’s sophistication, among other things.
Some researchers say that certain characteristics common to Stuxnet and Flame suggest that whoever ordered up Stuxnet is also behind Flame.
“It’s very likely it’s two teams working effectively on the same program but using two very different approaches,” said Roel Schouwenberg, a senior researcher with Kaspersky Labs, a Russian cybersecurity firm, which announced its analysis of Flame on Monday.
Still, much research remains to be done on the new virus, which has also been analyzed by CrySys, a cryptography and system security lab at the Budapest University of Technology and Economics. More >>
Publicado por Unknown en 5/29/2012 10:13:00 a. m. No hay comentarios: Enlaces a esta entrada 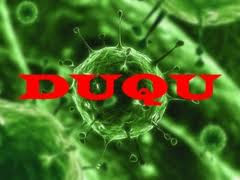 TEHRAN — Iran said on Sunday it had detected the Duqu computer virus that experts say is based on Stuxnet, the so-called "cyber-weapon" discovered last year and believed to be aimed at sabotaging the Islamic Republic's nuclear sites.
The head of Iran's civil defense organization told the official IRNA news agency that computers at all main sites at risk were being checked and that Iran had developed software to combat the virus.
"We are in the initial phase of fighting the Duqu virus," Gholamreza Jalali, was quoted as saying. "The final report which says which organizations the virus has spread to and what its impacts are has not been completed yet.
"All the organizations and centers that could be susceptible to being contaminated are being controlled," he said.
News of Duqu surfaced in October when security software maker Symantec Corp said it had found a mysterious virus that contained code similar to Stuxnet.
While Stuxnet was aimed at crippling industrial control systems and may have destroyed some of the centrifuges Iran uses to enrich uranium, experts say Duqu appeared designed to gather data to make it easier to launch future cyber attacks.More >
Publicado por Unknown en 11/13/2011 04:18:00 p. m. No hay comentarios: Enlaces a esta entrada

Published on Oct 8, 2011 by itnnews
US military technicians are at a loss as to how to eliminate a virulent key-logging bug which is monitoring every action of the country's drone fleet.

The Virus as a Planetary Force