NBC News
DETROIT — The U.S. government has booked a loss of $9.7 billion on the nearly $50 billion bailout of U.S. automaker General Motors Co., according to a quarterly report to Congress on Tuesday.
In 2009, the U.S. Treasury extended $49.5 billion in loans to GM in exchange for $2.1 billion in preferred stock and a 60.8 percent equity stake.
Treasury has since whittled down its stake in GM through a series of stock sales. Those sales have all taken place below the price Treasury needed to break even on its GM investment, resulting in the loss, according to Tuesday's report from the Special Inspector General overseeing the $700 billion Troubled Asset Relief Program.
Treasury has sold its preferred stock and reduced its equity stake to 7.3 percent. Treasury owns 101.3 million GM shares as of Sept. 26, the most recent date available.
The U.S. government has said it plans to sell its remaining GM shares by April 2014. Some analysts said Treasury could even unwind its position by year end.
The exit of Treasury will eliminate the stigma of government ownership that has hovered over the automaker since the bailout, which prompted some critics to dub the company "Government Motors."
Publicado por Unknown en 10/29/2013 05:32:00 p. m. No hay comentarios: Enlaces a esta entrada 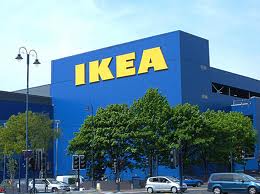 By ReutersVideo
April 27 - Richard Beales and Breakingviews columnists discuss the echoes of Enron in the complexity of Chesapeake Energy as the company struggles with a governance scandal.
Publicado por Unknown en 4/27/2012 04:24:00 p. m. No hay comentarios: Enlaces a esta entrada 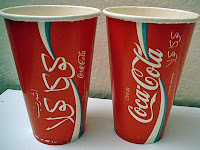 Coca-Cola announced today that it's buying around 50% of Saudi Arabia's Aujan Industries, one of the Middle East's biggest beverage companies, for $980 million, reports the AP.
And with the investment come big plans, for everyone involved.
Aujan hauled in $850 million in revenue this year, and it expects a surge to double that in just five years with Coke in the game.
Why's Coke spending all this money? Coke's president for Eurasia and Africa Ahmet Bozer cited two reasons in a statement (via Bloomberg).
And Coke will inherit a portfolio of brands from Aujan. Some are particularly strong in the region, like its line of Rani fruit drinks and malt beverage Barbican.
There's a whole lot to gain for Aujan too. With Coke at its back, its global brand recognition is about to skyrocket. And, of course, there's that big money investment.
Coke decided to stay away from Aujan's Iranian business (it does both manufacturing and distribution there), which would have come with a bunch of US sanctions.
Read more: Here >>
Publicado por Unknown en 12/16/2011 10:59:00 a. m. No hay comentarios: Enlaces a esta entrada

This Is How McDonald's Plans To Take Over The World 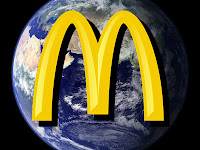 War Room/  Kim Bhasin
McDonald's is booming, despite all the economic destruction going on around it.
It has been the second-best performing stock in the Dow in 2011. In Q3 it beat revenue and profit projections yet again, its stock is up 63% in the last three years and same store sales continued to climb for the 103rd month, reports Julie Jargon at the Wall Street Journal.
The success goes back further than that, too. Since 1980, McDonald's has absolutely blown away some of the biggest Dow blue chips around (like IBM, DIS, GE and XOM), notes Bespoke Investment Group.
Meanwhile, competitors like Burger King and Wendy's continue to try new things as they fight each other for the #2 spot, but they're still leagues behind. McDonald's just keeps dominating, and it now has upwards of 33,000 stores worldwide. Yet somehow it's still expanding, and in more ways than one.
So, how's McDonald's doing it? Its powerful brand and sheer size are two big, dependable advantages that it can always lean on.
But just being McDonald's isn't enough — it's doing a lot, domestically and globally, to stay ahead. Here are ten strategies that are keeping McDonald's barreling forward:
Read more: Here >>
Publicado por Unknown en 12/16/2011 10:53:00 a. m. No hay comentarios: Enlaces a esta entrada

Revealed – the capitalist network that runs the world


AS PROTESTS against financial power sweep the world this week, science may have confirmed the protesters' worst fears. An analysis of the relationships between 43,000 transnational corporations has identified a relatively small group of companies, mainly banks, with disproportionate power over the global economy.
The study's assumptions have attracted some criticism, but complex systems analysts contacted by New Scientist say it is a unique effort to untangle control in the global economy. Pushing the analysis further, they say, could help to identify ways of making global capitalism more stable.
The idea that a few bankers control a large chunk of the global economy might not seem like news to New York's Occupy Wall Street movement and protesters elsewhere. But the study, by a trio of complex systems theorists at the Swiss Federal Institute of Technology in Zurich, is the first to go beyond ideology to empirically identify such a network of power. It combines the mathematics long used to model natural systems with comprehensive corporate data to map ownership among the world's transnational corporations (TNCs).
"Reality is so complex, we must move away from dogma, whether it's conspiracy theories or free-market," says James Glattfelder. "Our analysis is reality-based."
Previous studies have found that a few TNCs own large chunks of the world's economy, but they included only a limited number of companies and omitted indirect ownerships, so could not say how this affected the global economy - whether it made it more or less stable, for instance.
The Zurich team can. From Orbis 2007, a database listing 37 million companies and investors worldwide, they pulled out all 43,060 TNCs and the share ownerships linking them. Then they constructed a model of which companies controlled others through shareholding networks, coupled with each company's operating revenues, to map the structure of economic power.
The work, to be published in PloS One, revealed a core of 1318 companies with interlocking ownerships (see image). Each of the 1318 had ties to two or more other companies, and on average they were connected to 20. What's more, although they represented 20 per cent of global operating revenues, the 1318 appeared to collectively own through their shares the majority of the world's large blue chip and manufacturing firms - the "real" economy - representing a further 60 per cent of global revenues.
When the team further untangled the web of ownership, it found much of it tracked back to a "super-entity" of 147 even more tightly knit companies - all of their ownership was held by other members of the super-entity - that controlled 40 per cent of the total wealth in the network. "In effect, less than 1 per cent of the companies were able to control 40 per cent of the entire network," says Glattfelder. Most were financial institutions. The top 20 included Barclays Bank, JPMorgan Chase & Co, and The Goldman Sachs Group.
John Driffill of the University of London, a macroeconomics expert, says the value of the analysis is not just to see if a small number of people controls the global economy, but rather its insights into economic stability.
Concentration of power is not good or bad in itself, says the Zurich team, but the core's tight interconnections could be. As the world learned in 2008, such networks are unstable. "If one [company] suffers distress," says Glattfelder, "this propagates."
"It's disconcerting to see how connected things really are," agrees George Sugihara of the Scripps Institution of Oceanography in La Jolla, California, a complex systems expert who has advised Deutsche Bank.
Yaneer Bar-Yam, head of the New England Complex Systems Institute (NECSI), warns that the analysis assumes ownership equates to control, which is not always true. Most company shares are held by fund managers who may or may not control what the companies they part-own actually do. The impact of this on the system's behaviour, he says, requires more analysis.
Crucially, by identifying the architecture of global economic power, the analysis could help make it more stable. By finding the vulnerable aspects of the system, economists can suggest measures to prevent future collapses spreading through the entire economy. Glattfelder says we may need global anti-trust rules, which now exist only at national level, to limit over-connection among TNCs. Bar-Yam says the analysis suggests one possible solution: firms should be taxed for excess interconnectivity to discourage this risk.
One thing won't chime with some of the protesters' claims: the super-entity is unlikely to be the intentional result of a conspiracy to rule the world. "Such structures are common in nature," says Sugihara.
Newcomers to any network connect preferentially to highly connected members. TNCs buy shares in each other for business reasons, not for world domination. If connectedness clusters, so does wealth, says Dan Braha of NECSI: in similar models, money flows towards the most highly connected members. The Zurich study, says Sugihara, "is strong evidence that simple rules governing TNCs give rise spontaneously to highly connected groups". Or as Braha puts it: "The Occupy Wall Street claim that 1 per cent of people have most of the wealth reflects a logical phase of the self-organising economy."
So, the super-entity may not result from conspiracy. The real question, says the Zurich team, is whether it can exert concerted political power. Driffill feels 147 is too many to sustain collusion. Braha suspects they will compete in the market but act together on common interests. Resisting changes to the network structure may be one such common interest.

The top 50 of the 147 superconnected companies 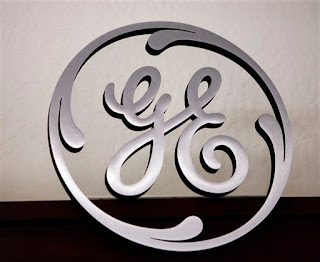