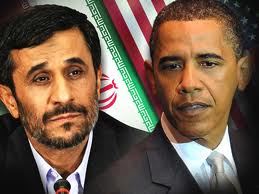 Uploaded by IranFree1390
Iranian President Mahmoud Ahmadinejad delivers a startling message to the people of Britain in an "Alternative" Christmas message.
Jesus WILL return , what he intentionality did not include, was that Jesus will return As a Servant to Imam Mahdi
‫Iran Reza Pahlavi پیام شاهزاده رضا پهلوی به مناسبت نوروز ۱۳۹۰ ایران
Ahmadinejad New Year Message 2008 احمدینژاد پیام سال نو
Nowrūz (Persian: نوروز, IPA: [nouˈɾuːz], "New Day", originally "New Light") is the name of the New Year in Iranian calendars and the corresponding traditional celebrations. Nowruz is also widely referred to as the Persian New Year.

Nowruz is celebrated and observed by Iranian peoples and the related cultural continent and has spread in many other parts of the world, including parts of Central Asia, South Asia, Northwestern China, the Crimea and some groups in the Balkans.

Nowruz marks the first day of spring and the beginning of the year in Iranian calendar. It is celebrated on the day of the astronomical vernal equinox, which usually occurs on March 21 or the previous/following day depending on where it is observed. As well as being a Zoroastrian holiday and having significance amongst the Zoroastrian ancestors of modern Iranians, the same time is celebrated in parts of the South Asian sub-continent as the new year. The moment the Sun crosses the celestial equator and equalizes night and day is calculated exactly every year and Iranian families gather together to observe the rituals.

Originally being a Zoroastrian festival, and the holiest of them all, Nowruz is believed to have been invented by Zoroaster himself, although there is no clear date of origin. Since the Achaemenid era the official year has begun with the New Day when the Sun leaves the zodiac of Pisces and enters the zodiacal sign of Aries, signifying the Spring Equinox.

The Jewish festival of Purim is probably adopted from the Persian New Year. It is also a holy day for Sufis, Ismailis, Alawites, Alevis, and adherents of the Bahá'í Faith.

The term Nowruz in writing, first appeared in Persian records in the 2nd century AD, but it was also an important day during the time of the Achaemenids (c. 648-330 BC), where kings from different nations under the Persian empire used to bring gifts to the Emperor, also called King of Kings (Shahanshah), of Persia on Nowruz. The significance of Nowruz in the Achaemenid empire was such that the great Persian king Cambyses II's appointing as the king of Babylon was legitimized only after his participation in the New Year festival (Nowruz).

The UN's General Assembly in 2010 recognized the International Day of Nowruz, describing it a spring festival of Persian origin which has been celebrated for over 3,000 years. During the meeting of The Inter-governmental Committee for the Safeguarding of the Intangible Heritage of the United Nations, held between 28 September -- 2 October 2009 in Abu Dhabi, Nowrūz was officially registered on the UNESCO List of the Intangible Cultural Heritage of Humanity
--

Other items on the table may include: * Sonbol - Hyacinth (plant) * Sekkeh - Coins - representative of wealth * traditional Iranian pastries such as baghlava, toot, naan-nokhodchi * Aajeel - dried nuts, berries and raisins * lit candles (enlightenment and happiness) * a mirror (symbolizing cleanness and honesty) * decorated eggs, sometimes one for each member of the family (fertility) * a bowl of water with goldfish (life within life, and the sign of Pisces which the sun is leaving). As an essential object of the Nowruz table, this goldfish is also "very ancient and meaningful" and with Zoroastrian connection.[62] * rosewater, believed to have magical cleansing powers * the national colours, for a patriotic touch * a holy book (e.g., the Avesta, Qur'an, Bible, Torah, or Kitáb-i-Aqdas) and/or a poetry book (almost always either the Shahnameh or the Divan of Hafez). 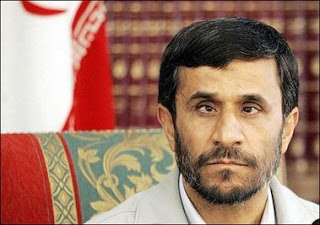 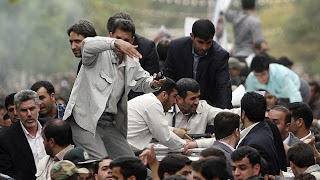