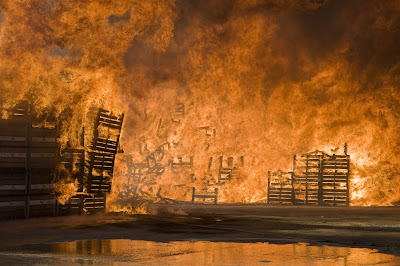 By Reuters [Photos AP]
ERMELO, South Africa -- In a country cursed by one of the world's highest murder rates, being a white farmer makes a violent death an even higher risk.
Whether attacks have been motivated by race or robbery, a rising death rate from rural homicides is drawing attention to the lack of change on South Africa's farms nearly two decades after the end of apartheid -- and to the tensions burgeoning over enduring racial inequality.
Some of South Africa's predominantly white commercial farmers go as far as to brand the farm killings a genocide. 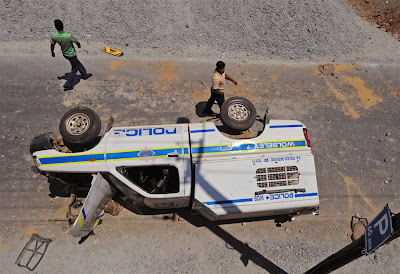 'Potentially explosive' issue
On the other side of the divide, populists are seizing on the discontent among the black majority to demand a forced redistribution of white-owned farms along the lines of neighboring Zimbabwe. 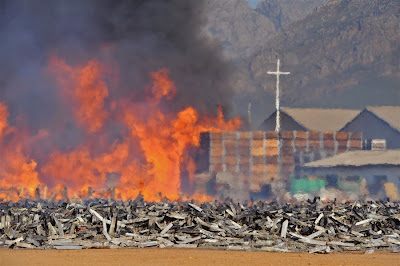 "The issue is potentially explosive," said Lechesa Tsenoli, deputy minister for land reform, arguing that South Africa's future depends on ending inequality on the farms.
The economic change promised by Nelson Mandela's African National Congress (ANC) when white-minority rule ended in 1994 has been even slower in the countryside than in cities and mines, where at least small elites of black South Africans have prospered.
Land ownership ratios are little changed from 1913, when the Natives' Land Act set aside 87 percent of land for whites. Meanwhile, black farm workers are among South Africa's poorest. 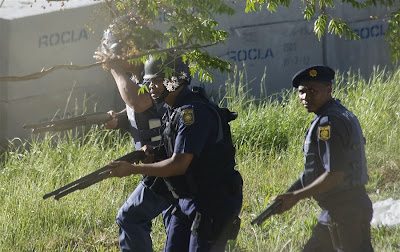 But life is getting more uncomfortable for the white farmers, too. Their number is down a third, to some 40,000, in the past 15 years. Headlines about the farm killings are another incentive to sell.
For while South Africa's overall annual murder rate has more than halved since the end of apartheid to around 32 people per 100,000, figures for commercial farmers show a near 50 percent rise to an average rate of some 290 per 100,000 a year in the five years to 2011.
Shot through the neck and chest 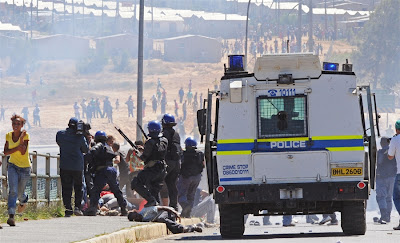 Shot at his home by black attackers two years ago, 34-year-old Johan Scholtz believes he was the victim of a racially motivated attack rather than a robbery.
"I was shot through my neck, I was shot through my chest and as I fell to the ground they came and stood over me and they shot again -- two times -- just missed my brain," Scholtz said, fighting back tears as he recalled the incident. 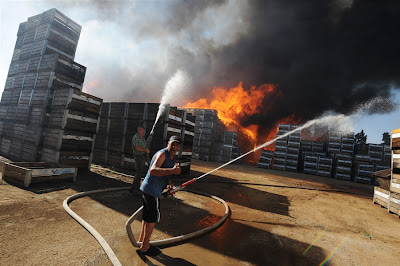 "My sheep were there around the house, they could've taken the sheep. My house was open, they could've easily gone in. But they left with nothing," he said, adding that the family did not own much worth stealing.
Scholtz now keeps a baseball bat by his bed at his livestock farm in Ermelo, in the undulating veld some 140 miles east of Johannesburg. He is asking himself how long he will stay in the business.