Alan Gross sues ex-employer BUT SHUT UP WITH CASTRO 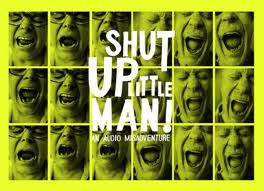 WASHINGTON [AP]— An American imprisoned in Cuba for nearly three years is suing his former Maryland employer and the United States government for $60 million, saying they didn’t adequately train him or disclose risks he was undertaking by doing development work on the Communist island.
Alan Gross and his wife Judy sued Friday in federal court in Washington. The lawsuit alleges that the economic development company Gross was working for in Cuba and the U.S. government, with which the company had a contract, failed to provide Gross “with the education and training that was necessary to minimize the risk of harm to him.”
Gross, 63, was arrested in December 2009 while on his fifth trip to Cuba. The trip was part of a project to increase the availability of Internet access in the country, particularly to the island’s small Jewish community. Gross was working on the effort as a subcontractor for Development Alternatives Inc., an economic development company based in Bethesda, Md.
The company, known as DAI, was a contractor for the U.S. Agency for International Development, the U.S. government agency that provides economic and humanitarian assistance worldwide. USAID has been criticized by Cuba for seeking to promote democratic change on the island, and Cuba says its programs are a veiled attempt by Washington to undermine the government.
The lawsuit alleges that Gross expressed concern about his project several times but was pressured by DAI to “finish the project or to find someone else who would.” When the U.S. government learned of Gross’ concerns, officials also did nothing, the lawsuit says.
DAI said in a statement Friday that the company had “numerous disagreements” with the lawsuit’s content. The statement did not specify those disagreements but said the company is confident it will “have a chance to tell DAI’s side of this story in due course.” State Department spokeswoman Victoria Nuland said Friday she was not aware of the lawsuit and had no immediate comment.
“This is very risky business in no uncertain terms,” Gross wrote in a report to DAI after a third trip to the island in 2009, the lawsuit says.
He repeated the same sentiment in a report after his fourth trip, writing essentially the same sentence in bold.
Gross’ wife Judy, who now lives in Washington, has previously said that her husband feels he was misled by DAI. Judy Gross said in a 2011 interview with The Associated Press that her husband wanted reassurance that what he was doing was legal, but the company refused to contact Cuban officials and refused to let him contact anyone either.
The Cuban government tightly controls access to the Internet in the country. Most access is dial-up and goes to an island intranet, rather than the full worldwide web. According to government statistics, only 2.9 percent of islanders had direct Internet access last year. The true figure is probably between 5 and 10 percent considering under-the-table sales of dial-up minutes.
Gross was tried in a Cuban court on charges of crimes against the state and sentenced to 15 years in prison in 2011. In previously released testimony from the trial Gross called himself a “trusting fool.”
“I was duped. I was used. And my family and I have paid dearly for this,” he said.
Diplomatic efforts to win Gross’ release have so far failed.
“At this time, there are no indications that Mr. Gross will return to his family within the next decade,” the lawsuit says.
Gross’ health has also declined in prison. He has lost more than 100 pounds, and earlier this year he developed a mass behind his right shoulder that an American doctor has said should be assumed to be cancerous unless proven harmless.
Gross’ lead lawyer in the lawsuit, Scott Gilbert, said in a telephone interview that his client is a “well-intentioned, idealistic guy,” not a “trained covert operative.” Gross repeatedly noted risks, Gilbert said, but didn’t know what to do about them. Gilbert said the government and DAI had fundamental duties to Gross that they failed to fulfill including properly briefing and debriefing him. He said the work Gross was doing should have been done by someone fully aware of the risks, not someone like Gross, who didn’t even speak Spanish.
Also on Friday, Gross and his wife filed an approximately $10 million lawsuit in federal court in Maryland against the New Jersey-based Federal Insurance Company. DAI had purchased an insurance policy from the company that included a “wrongful detention policy” that covers Gross’ imprisonment in Cuba.
The lawsuit says the company breached its contract by failing to pay expenses of the Gross family that are covered by the policy including legal fees and medical expenses. The lawsuit also says the insurance company has paid $2.3 million of the $5 million policy limit, some of it to DAI.
Publicado por Unknown en 11/16/2012 05:32:00 p. m.