What Canadians want more than a pay raise 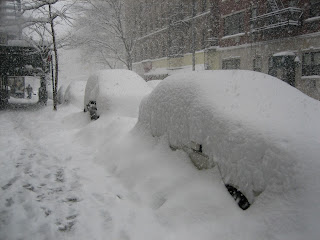 Who wouldn't want more vacation time? Quality of life is important to over-worked Canadians and that may be why Canada is the only country in a global study that prefers extra paid time off over salary hikes.
In a survey of more than 10,000 workers in 10 markets, including the United States and United Kingdom, Canada was the only country that chose an extra week of paid time off as a preferred benefit. All other countries selected a salary increase as the top benefit. Canadians picked pay hikes as second best.
The survey titled "Making Smart Benefit Choices" by consultancy Mercer was conducted in July and August and sought to measure the perceived value employees place on various employer and employee paid benefits. Mercer also surveyed workers in Brazil, China, France, Hong Kong, Ireland, Italy and Spain.
"Canadian employees have shown that they value more time off and increased pay in the current stress-filled economic environment," Brian Lindenberg, senior partner at Mercer's health and benefits business, said in a statement.
Perhaps the need for more time off is due to Canada's lack of statutory and public holidays compared to other developed nations? According to a separate Mercer analysis, Canada ranked dead last for work-free days, offering only 19 for the average Canadian employee with 10 years of service. In comparison, Malta offers 38, Venezuela 36, the U.K. 36, South Korea 34 and Pakistan 25.
It's no surprise time off is important as Canadians are apparently pretty stressed out. The Mercer study follows a recent nationwide work-life balance study that shows stress levels among Canadians have risen -- with nearly 60 per cent of people surveyed reporting they were highly  stressed -- while work satisfaction has dropped.
That study by professors at Carleton University and Western University examined work-life experiences of 25,000 Canadians. Those surveyed worked full time with an annual income of $60,000 or more in a range of professions including public, private and not-for-profit organizations across all provinces and territories. Two-thirds were parents.
It found work demands have risen, flexible work arrangements are increasingly rare and career advancement has gotten harder in recent years. All these pressures in the workplace lead to absenteeism and mental health issues among employees, the study suggests.
The Mercer survey also asked employees to rank the kind of benefits they are willing to pay for themselves, often referred to as voluntary or flexible benefits.
Responses reflected a broad split between markets, Mercer says. In Canada, where a wider range of health benefits are provided publicly, benefits that provide additional insurance are the most popular. Those include auto, home and critical illness insurance.
Whereas in countries such as Brazil and China, where health benefits are not as accessible, additional retirement or savings benefits ranked high. In some countries such as Ireland and Italy, where the state is the primary provider of health care, supplemental private medical insurance is popular as a voluntary or flexible benefit.
Publicado por Unknown en 11/29/2012 01:12:00 p. m.