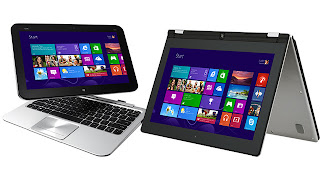 (CNN) -- In the tech world, 2012 was the year of the reboot. Older, established tech companies such as Microsoft, Yahoo and Nintendo all tried to restart their brands with bold new products and fresh blood in the executive suites.
Facebook struggled with its new life as a publicly traded company, and Instagram, the photo-sharing network it acquired in April, was dragged along for the ride.
There were inspiring stories, such as the Internet coming together to protest anti-piracy legislation. And there was darker news, like the Israeli military live-tweeting its strikes against Gaza.
And as always, the world's dominant and most closely watched tech company was all over the news. Apple did a little bit of everything in 2012, from hit new products (the iPad Mini) to high-profile failures (Apple Maps) to some old-fashioned courtroom drama in its patent war with Samsung.
Here are our picks for the top 12 tech stories of 2012. What did we leave out? Let us know in the comment section below.
Microsoft's big push
This was the year Microsoft took a big, bold and surprisingly fun step with a new version of Windows, an updated mobile operating system and its very own iPad rival.
The company, best known for its efficient but stodgy desktop software, needed to do something fresh to get customers' attention in 2012 and started with its flagship product. Windows 8 is a complete overhaul of the Windows operating system. Microsoft nixed the Start button and mixed a playful touchscreen interface with a more traditional desktop experience that runs on tablets, traditional computers, and hybrid machines.
The company also made a leap into the hardware market, releasing its first tablet, the Microsoft Surface, which ran a truncated version of the new Windows 8 operating system. And finally, there was Windows Phone 8, a major revamp of its smartphone operating system, which Microsoft hopes can compete with Apple's iOS and Google's Android.
It's still too soon to judge any of the new releases as successes or failures, but give Microsoft credit for taking chances.
SOPA backlash
In January, a pair of anti-piracy bills united the Internet in outrage. The proposed legislation, the Stop Online Piracy Act, or SOPA, and the Protect IP Act, or PIPA, would have restricted access to sites associated with pirated content, including the search engines and ad networks that do business with them.
The Internet cried censorship, and on January 18 some of the most popular sites blacked out their pages in protest. Reddit, Craigslist, Boing Boing, The Oatmeal, the English-language version of Wikipedia and thousands of other sites went dark. Even Google put a black censorship box over its logo. There were also petitions and organized boycotts of companies who supported the bills.
The protests worked, as both SOPA and PIPA were shelved. It was an impressive demonstration of the power of an organized Internet community.
Live-tweeting war
Violence and war have long been documented on Twitter and other social networks -- typically by journalists and by regular people on the ground (notably the Pakistani witness to the 2011 raid that killed Osama bin Laden).
But in November, the Israeli military took this concept to a new level. During its conflict with Palestinian forces in Gaza, the Israel Defense Force tweeted updates, including the news it had "eliminated" Hamas leader Ahmed Jabari. The military arm of Hamas responded on Twitter with its own provocations.
The back-and-forth between the warring sides signaled a jarring evolution in how war is broadcast in real time.
iPhone 5 and Apple Maps stumble
Every Apple hardware release is a big news story, starting with rumors months in advance and peaking with a well-oiled Apple press event, followed by usually glowing reviews and huge sales numbers. But in 2012, Apple made a major misstep when it released the iPhone 5 and its new operating system, iOS 6.
The company dropped the Google-powered maps that had come pre-installed on every iPhone since 2007. In its place, Apple introduced its own mapping app. Apple Maps looked stunning, with 3-D graphics and neat features like Flyover and turn-by-turn directions. All it was missing was transit directions and accuracy -- the maps were riddled with mistaken locations and outdated information.
The resulting criticism inspired an apology from CEO Tim Cook and led to an executive shakeup at Apple. Customers turned to third-party map apps until Google finally released an iOS version of its popular maps in December.
Apple vs. Samsung
It was the biggest tech trial of the year. Two of the top phone and tablet manufacturers went to war when Apple accused Samsung of infringing on its iPad and iPhone patents for a variety of tablets and smartphones. The drama culminated in a federal jury trial over the summer that offered a rare peek into how notoriously secretive Apple operates.
The story became huge because of the large amount of money at stake and the implications that its verdict would have on Samsung's business and the Android platform.
The jury decided in Apple's favor, awarding the company just over $1 billion in damages. But the case is far from over. Lawyers for both sides will continue bickering over potential appeals for months and possibly years to come.
Facebook's botched IPO
It was the most anticipated IPO of the year, and one of the largest ever for a tech company. Social-media darling Facebook looked primed for a big public opening: The company was valued at $104 billion, snapped up popular photo-sharing app Instagram and was still growing.
But then an array of problems and misjudgments led to a botched IPO in May, and the company's stock plummeted. The initial offer price of $38 was too high, too many shares were issued, its opening day was marred by Nasdaq's technical glitches, and underwriter Morgan Stanley was fined for improperly influencing share sales.
The stock price dropped significantly, hitting a low of $17.55 on September 4. Facebook is still struggling to recover some of its early-2012 luster.
Keep reading on CNN >>
Publicado por Unknown en 12/27/2012 05:49:00 p. m.