Forbes: Is Cuba The Next Emerging Market? 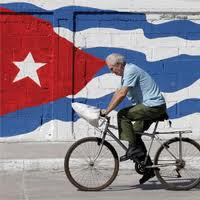 By Alexa van Sickle
On Dec. 11, Cuba authorized the formation of non-agricultural cooperatives. The latest in a series of small liberalizations, this measure could lead to the formation of small and mid-sized businesses in Cuba, and transform sectors of the country’s economy.
Small changes allowing some private enterprise in Cuba are coinciding with the U.S.’s own policy shifts: As a result, the economic embargo, which prevents most business and travel in Cuba for U.S. firms and citizens, is becoming more porous. In 2009 President Obama relaxed travel restrictions and remittances for Cuban-Americans, enabling them to invest in small private businesses. U.S. citizens can now legally travel to Cuba. But is it time to look at Cuba as a viable emerging market?
U.S. public opinion is shifting in favor of normalizing ties, and the American business lobby in particular wants to take advantage of the untapped market, which it believes is worth $1 billion a year.

Agricultural Products
The U.S. is, despite the embargo, the largest exporter of food and agricultural products to Cuba, providing around 30% of Cuba’s food imports. Under the 2000 Trade Sanctions Reform and Export Enhancement Act, hundreds of U.S. businesspeople travel to Cuba every year to sell agricultural goods. The catch is that Cuba must pay cash up front on these transactions.
Regardless, Cuba has bought over $3.5 billion in agricultural products from the United States since trade began in 2001. Modest sales of $138 million that year climbed steadily to a peak of $710 million in 2008, according to statistics from the U.S.-Cuba Trade and Economic Council.
U.S. agricultural exports to Cuba have declined in recent years, as Cuba’s economic troubles have caused it to look elsewhere for cheaper and less complex terms — for example from Vietnam and Venezuela. The U.S.-Cuba Trade and Economic Council noted that agricultural exports declined 6% in 2011, following a 31% decline in 2010.
Peter Orsi, reporting for the Associated Press from an agricultural fair in Havana in November 2012, observed that “some purchases of U.S. goods have held steady, like soybean and poultry, [but] others have tanked, including branded processed food and grains.” But he added that U.S. firms at the fair – which included Kellogg’s, Gatorade, Hormel, and Hunt — were optimistic, and “jockeying to be in position” when the embargo is lifted.
Chilly Business Climate
Cuba has potential opportunities for growth in a number of sectors, including tourism, high-value agriculture and even natural resources, but conducting business there is still challenging, noted Richard E. Feinberg in a Brookings Institution report titled ‘The New Cuban Economy: What Role Foreign Investment?”
“In principle, Cuba’s foreign investment laws offer favorable conditions and … some JVs [joint ventures] are successfully navigating the Cuban economic system. But the government has been keeping many suitors waiting for the final green light.”
He said foreign investors encounter an “elastic legal framework” and a “chilly business climate,” but explains that there are some benefits in Cuba’s socialist economy for foreign companies: “Once admitted, JVs are often granted monopolies, or dominant market shares, in key market segments … The Cuban state restricts market entry by other foreign competitors or by national enterprises.”
In the growing tourism sector, many European and Canadian companies are going ahead with large hotel and golf developments — despite some high-profile cases in which foreign executives have ended up in jail — because they believe getting in from the ground up will pay off hugely when the country opens up for U.S. tourists.
A Matter of Time?
How likely is it that the embargo will soon be lifted? On the U.S. side, the embargo won’t shift without congressional approval, and there is still significant opposition to engaging with the island. It would take a bigger change within Cuba, which might not happen next week or even next year. But Cuba’s increasing emphasis on foreign investment is an opportunity for sustainable growth and change. There has also been a significant, but less remarked-upon, development: In 2011 it became legal, for the first time in 50 years, for Cubans to buy and sell property. This could very well lead to major societal shifts and, eventually, political ones, which could help thaw U.S.-Cuba relations.
Feinberg concludes that until the embargo is lifted, the U.S. should “build on the recent liberalization regarding remittances and travel to further facilitate assistance to the emerging private sector in Cuba.”
It may be too soon to jump in, but certainly not too soon for American companies to start thinking about the future and investigating opportunities in Cuba. Businesses should monitor U.S.-Cuba relations and the developments for private enterprise in Cuba. The U.S. Department of the Treasury’s Office of Foreign Asset Control publishes alerts when Cuban policy is amended, and the office also recently loosened business travel restrictions.
“Cuba is becoming a more and more important market for U.S. companies … Everybody wants to have some kind of presence,” Hector Rainey, managing director of Atlanta’s Intervision Foods, told Orsi at the Havana agricultural fair. “If something changes all of a sudden, they have an angle here.”
Publicado por Unknown en 1/29/2013 04:51:00 p. m.